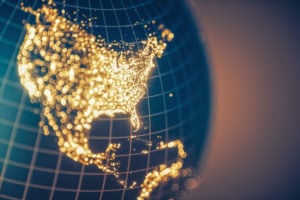 May 16, 2019 – London-based executive search firm Carmichael Fisher has expanded its operations in the U.S. with the addition of recruiting veteran Samantha Wallace as its global head of practice. She will lead the firm’s technology team in Los Angeles.

“Sam’s appointment comes at a time of accelerated growth both for the technology division and for the firm itself,” said Justin Hobday, CEO of Carmichael Fisher. “The last two years have seen Carmichael Fisher gain a stronger foothold in each of the sectors and markets it operates. This has seen us quickly consolidate our position as the executive search firm of choice for several leading organizations.”

“With Sam now in place, we are confident that we can further develop our presence in the US market and replicate the success we have achieved across Europe,” he said. “We are delighted to have Sam on board and believe that her knowledge and expertise within the North America technology sector will prove to be an enormous asset for us.”

“This is one of the most competitive markets in the world,” said Mr. Hobday. “But our unique brand of executive search, which is focused around consultation, forging of longer-term relationships and an unswerving commitment to continually improving the service we provide, will stand us in good stead and provide Carmichael Fisher with an edge over our peers.”

Ms. Wallace has more than 20 years of experience in recruiting and executive search. Originally from the U.K., she has worked for some of the industry’s leading global players in Europe, Canada and since 2014, the U.S. Previously, she spent 12 years with Korn Ferry, starting initially as sector leader for the firm’s Futurestep division based in Vancouver, British Columbia, where she remained for seven years. In 2014, Ms. Wallace was appointed to head the firm’s professional search technology division for North America in the San Francisco Bay area.

“The technology sector in the U.S. and Canada is evolving at a rate never experienced before,” said Ms. Wallace. “New opportunities are opening up all the time and the possibilities are seemingly endless. While this is great for the sector and the wider economy as a whole, it does present tech leaders with a real challenge – how to attract and retain top tech talent – especially at senior level.”

“Of course, this is not unique to tech; other areas of the economy are facing similar issues when it comes to securing the executive talent that they need to take their organizations forward,” she said. “But it is the approach to their hiring strategy that needs re-examining for these companies to really differentiate themselves and gain an edge over their competition.”

“Executive search is, to be blunt, often a transactional process. I believe that to be truly successful, it’s essential that we do away with the short-termism approach adopted by some firms,” Ms. Wallace said. “Rather, the focus needs to be on investing in the development of relationships over time – even if that comes at the expense of missing out on those ‘quick wins’ in the short term. For me, these relationships are the ones that are more important and impactful and pay greater dividends for all parties involved in the process – the candidate, the client, and the search firm itself.”

Carmichael Fisher’s commitment to diversity also played a critical part in Ms. Wallace’s decision to join the firm. As a board member of UPWARD, a global network supporting women in business, Ms. Wallace has been a longtime proponent of driving greater female engagement within the tech sector.

“Carmichael Fisher has a focus on diversity, they have the lens focused on the market and their own internal ecosystem,” she said. “It is this approach that stands Carmichael Fisher apart from all other executive search firms. Add the clear ambition that the firm has in expanding its footprint in the North American market to the equation, coupled with the opportunity this affords me to play a key role in this process, and the decision to join the company was an obvious one.”

Firms Expanding to the U.S.

With the U.K.’s departure from the European Union fast approaching, Hunt Scanlon Media has kept a close eye on recruitment firms in England seeking reprieve in America. What is transpiring is a tale of transformation – and transition – in an era of global upheaval.

U.K. search firms offer many reasons for coming to the U.S. Perhaps no market is as vibrant, or challenging, for the executive search industry as America, and New York City in particular. A decade since the great recession, bankers and other financial industry titans – and the recruiters who serve them – are thriving, as are many other organizations that call the Big Apple home, including giants of the non-profit world, retail, healthcare and media.

The U.S. Department of Labor recently announced that job openings are outnumbering job seekers for the first time on record across the U.S. That’s a trend that’s particularly striking in New York, where salaries have grown 2.2 percent in the last year. All this makes the U.S. an appealing landing spot for U.K.-based executive search firms looking to expand – and searching for solid ground to soften the potential impact and uncertainty of Brexit.

Check Out These Related Articles On Firms Expanding To The U.S.: