Menu
View our Events
Stay Connected:
Technology-based search platforms have helped employers identify talent quickly and with ease . . . and blockbuster deals for leading players in the space have resulted. Here's the next one on the way. 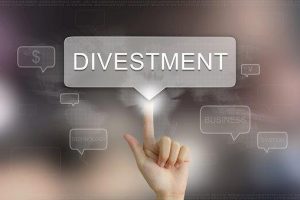 GTCR has prevailed in an auction for CareerBuilder, and is in the process of trying to finalize the terms of a deal, reports said, cautioning that it is still possible that the negotiations end without an agreement.

Last September, credit ratings agency Moody’s Investors Service called CareerBuilder’s operating performance “weak.” CareerBuilder generated revenues from its subscription offering of $162 million in 2016, up eight percent from 2015, according to regulatory filings. The vast majority of its revenue is in the U.S.

CareerBuilder has been expanding into new areas in recent years. Last year it bought Aurico, a background screening and drug testing service for an undisclosed sum. It also acquired a 75 percent stake in WorkTerra, a maker of software for benefits and compliance.

Tegna also announced last year that it would explore options for its 53 percent stake in CareerBuilder, and said it expected to complete its strategic review in the first half of 2017.

Despite efforts to broaden its offerings and become more a full service HR recruiting provider, CareerBuilder hasn’t gained substantial traction outside its traditional job posting and resume business. Even there, it’s been overtaken by Indeed.com, which is the global leader in pure job search traffic.

LinkedIn, too, has siphoned off much of recruiting’s passive search business. So successful did LinkedIn become, that Microsoft paid $26 billion to acquire it last summer. Coincidentally, Microsoft was once a part owner of CareerBuilder ….. Here’s some further reading from Hunt Scanlon Media.

Microsoft to Buy LinkedIn for $26.2 Billion
Microsoft agreed last June to acquire LinkedIn, the world’s largest and most valuable professional network, for $26.2 billion. Under terms of the deal, LinkedIn will retain its distinct brand, culture and independence. Reid Hoffman, LinkedIn’s, co-founder and controlling shareholder, called the deal “a re-founding moment for LinkedIn.”

CareerBuilder was founded by Robert J. McGovern in 1995 as NetStart selling software to companies for listing job openings on their web sites and the ability to manage the incoming e-mails those listings created. After an influx of two million dollars in investment capital the company transported this software, named CareerBuilder, to its own web address, at first listing the job openings from the companies who utilized the software.

The company announced its decision to go public in 1999. Microsoft moved quickly to acquire a minority stake in the company in exchange for using the company’s database on its own web portal. In 2002, Gannett purchased a one third interest in the company for $98.3 million, adding the CareerBuilder brand to its 90 newspapers nationwide.

The job board industry has become inflated in recent years. With social media sites like LinkedIn and Facebook being used for advertising open job positions, it has become even more difficult for older players in the industry to survive.

In November, Amsterdam-based human resource services provider Randstad Holding completed its acquisition of Monster. Under the terms of the deal, Randstad paid $3.40 per share in cash, or a total purchase price of approximately $429 million. Randstad intends to extend and build upon a comprehensive portfolio of HR services. Randstad, which reported $21.3 billion in revenues last year, now has a presence in 39 countries and employs around 29,000 staff worldwide.

Founded in 1994, the same year as Yahoo! — another industry ‘disrupter’ that has seen its business fortunes slip away — Monster overhauled the way people searched for jobs, using the Internet as a primary tool. During two boom cycles starting in 2000 and again in 2006, Monster hit its zenith in market value of almost $8 billion. It even acquired rival HotJobs, then owned by Yahoo, for $436 million in 2002.

“In an era of massive technological change, employers are challenged to identify better ways to source and engage talent,” said Jacques van den Broek, chief executive officer of Randstad. “With its industry leading technology platform and easy to use digital, social and mobile solutions, Monster is a natural complement.” He said transaction is aligned with his company’s growth strategy and reflects its commitment to bringing labor supply and demand closer together to better connect the right people to the right jobs.

“The reality is the talent management market has radically shifted, and continues to do so,” said Scott A. Scanlon, Hunt Scanlon Media founding chairman and CEO. “When the last economic downturn of 2008 forced companies to cut recruiting costs, more economical platforms like LinkedIn and job aggregator Indeed rose in dominance. That forced talent providers like Monster to watch from the sidelines.”

The bigger question, he said, is what happens to the more traditional sources of talent. “Executive recruiters, specifically the largest ones, have seen their core businesses eroded over the last decade. The directions they now choose will likely determine their survival.”