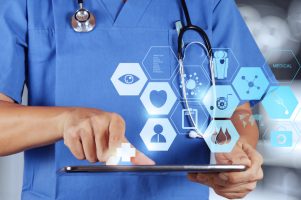 June 5, 2017 – Executive search firm Caldwell Partners International has assisted in the placement of Ian Kalin as chief data officer of eHealth. John Blank, co-leader of the recruiter’s life sciences and healthcare practice, led the search along with consultant Mark Dillard.

Mr. Kalin brings more than 15 years of experience modernizing highly complex, regulated systems in the private and public sectors. A seasoned data tactician, he comes to eHealth with a wealth of experience from both the private and public sectors. As the U.S. Department of Commerce’s first chief data officer, he oversaw data strategy and pioneered new products that transformed how government agencies accomplish their missions. As a former presidential innovation fellow, Mr. Kalin led the U.S. Energy Data Initiative, leveraging open data to spur entrepreneurship, empower citizens and support economic growth. He also acted as a consultant to Google and had leadership roles in data and clean-tech start-ups. He began his career in the Navy, where he served as a counter-terrorism officer and a nuclear engineer.

Mr. Kalin assumes leadership of all data operations for eHealth, including unlocking new applications for eHealth’s data assets and empowering customers with the information they need to navigate healthcare decisions. His role is cross-functional and enterprise-wide. In addition to leveraging business intelligence to improve operations and optimize products, he oversees research into the development of new data services. He also manages the creation of a data science practice designed to equip eHealth’s health insurance specialists with today’s top digital technologies. Job opportunities are now posted for this eHealth data science team. Mr. Kalin brings his experience working in heavily regulated data environments to each of these initiatives.

Many executive recruiters work in well-defined and traditional business sectors which have attracted thousands of qualified consultants over the years. But with the advent of technology and its continual expansion, new sectors have emerged that are as much of the organization fabric as any others. One such area is the payments and digital sector. It encompasses a wide swath of functional niche areas including digital, mobile payments, fin-tech, loyalty, and big data & analytics, among other related disciplines ….. Here’s some further reading from Hunt Scanlon Media.

Payments and Digital Talent In Demand, But Hard to Find
The payments and digital sector has experienced impressive growth in recent years. As a result, there’s growing demand for leaders in the field who can help organizations take best advantage of the new technology and drive further innovation.

Mr. Blank, who assumed his co-leader role earlier this year, specializes in recruiting board directors, CEOs and senior executives for private equity-backed high-growth healthcare, healthcare technology, managed care and provider service portfolio companies. He has partnered with some of Canada’s most prominent private equity firms and their deal-teams through all stages of the investment lifecycle, consulting from deal sourcing to management team assessment and recruitment, both pre- and post-deal. Before joining Caldwell Partners, Mr. Blank held positions at several executive search firms, including running the healthcare practice at DHR International.

“With nearly two decades of executive search experience, John has real perspective on our market, the importance of impeccable client service and our strategic direction and growth plan,” said John Wallace, CEO of Caldwell Partners.

With more than 20 years of executive search and business consulting experience, Mr. Dillard has expertise in recruiting board and senior executives in the life sciences and healthcare industry. In particular, he develops and executes search strategies and conducts outreach and candidate assessment for client engagements in the healthcare, technology, device, distribution, managed care and provider service space. Prior to joining Caldwell Partners, he worked for ZRG Partners and DHR.

According to a report from Experian Data Quality, the chief data officer role continues to gain importance at organizations, with 70 percent of data officers now reporting directly to the CEO. This new “data force” is driving innovation and differentiation, prompting a revolution of existing business models, improving communication with audiences and finding new efficiencies, said the report.