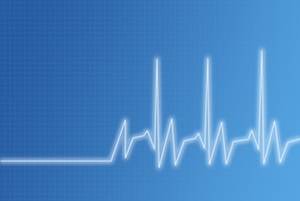 Mr. Lehr will work closely with the organization’s board to guide its mission to invest in promising scientific research toward ending Parkinson’s disease and improving the lives of people with Parkinson’s, and their families, through improved treatments, support and access to care.

He brings to the Parkinson’s Foundation more than two decades of non-profit fundraising and management experience. He has a proven track record in the voluntary healthcare and medical research sectors, having led fundraising campaigns and implemented programs that have advanced the missions of organizations working to improve the lives of people living with chronic disease.

Before joining the Parkinson’s Foundation, Mr. Lehr served as president of Orr Associates, a consulting firm focused on the non-profit sector, with offices in Washington, D.C., and New York City. At OAI, he managed the firm’s daily operations and major clients, including Georgetown University, MedStar Health, and Special Olympics. In his previous role as CEO of Food Allergy Research & Education, Mr. Lehr merged two legacy organizations into one national organization focused on finding medical solutions for and educating the public on food allergies.

Before this, he served as CEO of CureSearch for Children’s Cancer, a national research and advocacy organization. From 2004 to 2009, he directed the Cystic Fibrosis Foundation’s Milestones to a Cure Campaign that raised $175 million in support of cystic fibrosis drug discovery and development.

“Bringing John on board signals our commitment to accelerating the science and care for Parkinson’s on behalf of the millions of people across the globe living with the disease,” said John W. Kozyak, board chair of the Parkinson’s Foundation. “We are confident that his extensive experience, knowledge and skill – as well as his passion for our mission – will add momentum to our fight against Parkinson’s.”

“I am honored to lead the Parkinson’s Foundation at such a pivotal time – one in which the needs of the community and potential of science are greater than ever,” Mr. Lehr said. “Throughout my career, I have focused on ensuring that non-profits  have the greatest impact on the communities they serve. As CEO, I am eager to listen to the Parkinson’s community and address its concerns with equal urgency.”

The search firm has been active serving non-profits in recent months. Just recently, it tapped Michael E. Hill as the 18th president of The Chautauqua Institution. The search was led by Russell Reynolds’ Washington, D.C., and Boston offices. Mr. Hill previously served as president and CEO of Youth For Understanding USA.

The firm also recently recruited Kevin Watkins as the chief executive officer of Save the Children International (SCI). Mr. Watkins joined Save the Children after a three year term as executive director of the influential U.K. think tank Overseas Development Institute. Russell Reynolds also just recently placed Melanie Waters as chief executive officer of Help for Heroes, one of the best known charities in the U.K. In addition, the firm is currently leading searches for other U.K. charities, including Care Quality Commission, the Royal Brompton & Harefield NHS Foundation Trust (RBH), and the U.K. Export Finance (UKEF).

Check Out These Related Articles On Searching for Leaders at Non-Profits: