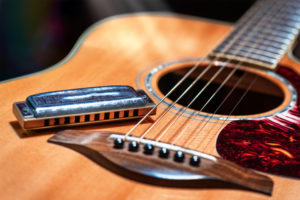 October 27, 2020 – Executive recruitment firm Buffkin / Baker recently assisted in recruiting Patricia Wilson Aden as the new president and CEO of the Blues Foundation, which is dedicated to honoring, preserving and promoting the musical form known as the blues. She succeeds Barbara Newman who recently retired. Nat Sutton and Tom Truitt, partners from Buffkin / Baker, executed the search.

“On behalf of the global blues community we wish Barbara Newman the very best for a wonderful retirement and with the greatest appreciation for her tireless dedication to the Blues Foundation as its president and CEO,” said Michael Freeman, chairman of the Blues Foundation’s board of directors. “Thanks to her vision and leadership we are well positioned to welcome Patty Aden as our new president and CEO to continue the forward movement of the organization. We are thrilled to have found such an experienced and well-respected leader.”

Ms. Aden brings more than three decades of non-profit management experience to the foundation, with a specialization in the preservation and celebration of African-American cultural resources. Most recently, she was president and CEO of the African American Museum in Philadelphia. Earlier in her career, Ms. Aden served as executive director of the Rhythm & Blues Foundation.

Founded in 1980, the Blues Foundation’s mission is to preserve, celebrate and expand awareness of the blues genre. The foundation has 4,000 members and more than 170 affiliated local blues societies. It promotes blues music around the world and hosts the Blues Hall of Fame, the Blues Music Awards and the International Blues Challenge, all in Memphis, TN.

“I am genuinely excited to join the Blues Foundation and the blues community in celebrating the blues and the artists who have made it America’s original musical genre,” said Ms. Aden.

Buffkin / Baker is a specialty boutique search firm composed of industry leaders in their respective fields and each has over a decade of retained search experience. Their focus as search professionals is to recruit leaders in digital marketing/advertising, technology, healthcare, media/entertainment, finance, higher education and non-profit. The firm serves public, private, venture and private equity-backed companies. Its office locations include Nashville, New York, Washington, D.C. and Winston Salem, with affiliate offices in London.

Buffkin / Baker is a member of Panorama Search, an international federation of retained firms with 18 firms and over 30 offices globally. Buffkin / Baker formed in 2017 with the merger of the Buffkin Group and Baker and Associates LLC.

Mr. Sutton serves as partner and head of Buffkin / Baker’s non-profit practice, based in the firm’s New York City Office. With over 17 years in executive search, he has served major education, arts, cultural and philanthropic organizations, as well as leading corporations. Mr. Sutton joined Buffkin/Baker from the New York office of Heidrick & Struggles, where he served as partner and vice chairman of the firm.

Mr. Truitt serves as a partner and is the head of the entertainment practice at Buffkin-Baker in its Nashville, TN office. He focuses on senior-level executive placements in all areas of entertainment companies with emphasis on music, technology, and production related enterprises. In this role, Mr. Truitt brings 19 years of executive recruitment experience and relationships throughout the world. Previously, Mr. Truitt  founded and ran his own boutique search firm, MusicRowSearch.