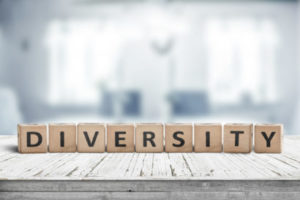 October 27, 2020 – Thomas Christopher, Pam Noble and Matthew Duda of The Christopher Group (TCG) have placed Gisselda Nunez as vice president of diversity, equity and inclusion at HarperCollins Publishers. “It was an honor and a privilege to work directly with the HarperCollins leadership team as they continue to build an inclusive and diverse workplace,” said Ms. Noble, the search firm’s chief human resources officer (CHRO) and managing partner. “Their commitment to this strategic initiative is humbling as they increase awareness, inclusion and diversity at every level in their organization.”

“With an exciting story to tell, The Christopher Group cast a wide net for this search emphasizing inclusion and engagement, cultural fit, executive management committee experience, and the broader community they serve,” Ms. Noble said. “I want to congratulate Gisselda Nunez, as she will be a tremendous asset to HarperCollins, its employees and all key stakeholders.”

In her new position, Ms. Nunez will be charged with leading and advising the company on diversity and inclusion initiatives and creating a strategy/vision that aligns with HarperCollins’ values and culture. This is a newly created role that is a part of HarperCollins Publishers’ New York executive committee.

HarperCollins Publishers is the second-largest consumer book publisher in the world and has nearly 4,000 employees working across the globe. Headquartered in New York, HarperCollins has publishing operations in 17 countries. With 200 years of history and more than 120 branded imprints around the world, HarperCollins publishes about 10,000 new books every year in 16 languages and has a print and digital catalog of more than 200,000 titles.

“Diversity and inclusion lead to innovation, creativity, and change,” said Mr. Christopher in a previously published interview with Hunt Scanlon Media.“When you bring together individuals from different backgrounds, ethnicities, cultures, orientations, religions, socio-economic, disabilities, and so on they create an environment of exploration. Ultimately, a diverse organization leads to new ways of working, building organizations to solve and create better technology, solutions and ideas.”

According to Mr. Christopher, top drawer diversity and inclusion executives bring many new perspectives and empathy to organizations. “They work with the leadership team to integrate the DEI strategy into high-level business strategy. They are intentional about the development of their culture from onboarding to retirement. Diversity and inclusion executives are there to create an environment of belonging – creating an organization that values the differences – looking at the behaviors and cultural nuances that make it a place where people want to work – bringing their authentic self to the office.”

HarperCollins Publishers is not the only blue-chip organization turning to The Christopher Group for help in landing a DE&I leader. The Philadelphia Inquirer just selected the recruiting firm to lead its vice president of diversity, equity, and inclusion search. “The Christopher Group is honored to be partnering with the top newspaper in Philadelphia as they look to build and embrace all aspects of their growing business,” said Pam Noble, the search firm’s chief human resources officer (CHRO) and managing partner. “This is a unique opportunity for this new role to be a part of the leadership team and to build the diversity, equity, and inclusion practice from the ground up.”

Founded in 1998 by Tom and Paula Christopher (former HR executives with GE, Pepsi, Progressive Insurance and Citigroup), The Christopher Group is a leading boutique HR executive search and staffing solutions firms. It is a highly specialized organization, staffed by former HR professionals and highly trained search practitioners who use proprietary, scientific and industry-leading systems, tools and processes. Its client list includes some of the world’s most respected companies across all industries and verticals.

“I have had the privilege of knowing Pam for over 20 years,” said Mr. Christopher. “She is one of the finest and most capable HR executives nationwide. Additionally, her expertise in the areas of culture, change management, diversity, equity and inclusion, and executive coaching is truly outstanding. Finally, she is a true servant leader.”

Mr. Duda works from the firm’s Ohio office. His current responsibilities include creating recruiting marketing and research information, populating call planners, and maintaining quality assurance in all The Christopher Group processes and materials.