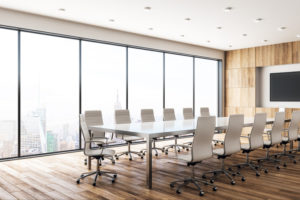 December 17, 2019 – Although boards of directors are considered the backbones of organizations, director recruiting has grown markedly more challenging, say recruiters who conduct searches in that area. As a result, companies continue to turn to executive search firms to help find new board members.

Recently, executive recruitment firm Bridge Partners placed Gerri Mason Hall and Alfonso Martinez as new member of the board of directors at the Congressional Hunger Center in Washington, D.C.

“These new members bring considerable expertise with finance, diversity and inclusion, and human resources, and we are excited to learn from their experience as we continue to innovate new ways to carry out organization’s core mission of fighting hunger by developing leaders,” said Shannon Maynard, executive director.

Ms. Mason Hall is chief diversity and social responsibility officer for Sodexo Americas. She previously served as senior vice president and chief human resources officer of Sodexo, assuming this role in 2014 and becoming the first African-American to join Sodexo’s global HR leadership team. Prior to Sodexo, Ms. Mason Hall spent eight years at Amtrak, the U.S. national passenger railroad, where she was recruited to transform the human resources organization and subsequently appointed the vice president of business diversity and strategic initiatives. She is a member of the UNCF board and sits on its audit committee. A graduate of Vassar College and the George Washington University National Law Center, Ms. Mason Hall held several appointments in both the federal and District of Columbia governments.

Mr. Martinez joined AARP in 2019 as vice president of human resources group consulting. He is also principal for Sabio Leadership Consulting and provides strategic human capital guidance to clients in a variety of industries. Previously, Mr. Martinez was EVP and CHRO for Laureate International Universities, the world’s largest private benefit corporation, leading a global human resources team of 900 supporting 70,000 employees and 80 universities in 30 countries. Prior to that, he was CHRO for Nextel International Inc. where he led human capital transformation impacting 20,000 employees in five Latin American countries. He was also CEO of the Hispanic Association on Corporate Responsibility. Mr. Martinez holds a bachelor of science in business administration degree from Denver University. He also graduated from Johns Hopkins University with a master of science degree in applied behavioral psychology.

How to Prepare for Next Generation Board Talent
Roughly 50 percent of S&P 500 companies will be replaced in the next 10 years — a reality that reflects a complex landscape of emerging risks, as well as the immense pressure on today’s companies to innovate or be left behind. As investors and market pressures drive organizations to become more digital, more global and more sustainable, boards are finding that today’s discussions necessitate new perspectives and areas of expertise.

Tory Clarke and Larry Griffin are co-founders of Bridge Partners. Ms. Clarke supports senior global search assignments for private sector, public sector and international non-profit/social venture clients, across all functions. A 20-year veteran of the executive search industry, she has recruited diverse executives, including CEO/presidents and their leadership teams, at both head office and regional locations around the globe.

Mr. Griffin partners with clients on leadership assignments within the private, federal/public and non-profit sectors. He has been in executive search for nearly 30 years and has recruited diverse leaders across multiple functions from CEO/executive directors/presidents, to functional heads including chief financial officer, chief marketing officer, chief information officer, chief strategy officer and their teams.