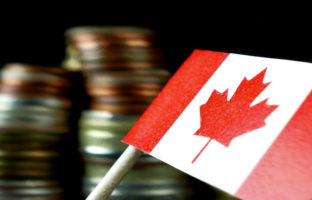 December 18, 2019 – The Bank of Canada has selected global executive search firm Boyden to assist in its search for a new governor following the resignation of Stephen S. Poloz. Earlier this month, that bank announced that Mr. Poloz had said he will not seek a second term when his seven-year term expires on June 2.

“It has been a privilege to serve as the ninth governor of the Bank of Canada,” Mr. Poloz said. “My time as governor has been the most fulfilling of my long career. During my term, the bank has created the conditions for steady economic growth, low unemployment, and inflation close to target through very challenging times.”

The governor thanked the board of directors of the bank, the minister of finance and the prime minister for their continued faith in him. “The role of governor of the Bank of Canada has been my dream job – I will leave it next June with gratitude and great pride,” he said.

The board’s lead independent director, Claire Kennedy, said the governor has led the bank with distinction. “The bank and its staff are well-positioned to continue to promote the economic and financial welfare of our nation, thanks to governor Poloz’s exemplary leadership,” she said. “He has made an invaluable contribution to the well-being of all Canadians.”

A survey of economists and market strategists by Reuters pointed to senior deputy governor Carolyn Wilkins as the most likely successor to Mr. Poloz. If selected, Ms. Wilkins would become the first woman to lead Canada’s central bank. She has frequently been seen with Mr. Poloz during official appearances.

The bank’s board of directors has formed a special committee of its independent directors with a mandate to undertake a recruitment process for the selection of the next governor. Public advertisements for the position will be published on the bank’s website and in a variety of Canadian and international publications. The recruitment process is expected to be completed by next spring.

Subject to the approval of the minister of finance and the federal cabinet, the special committee will appoint the next governor for a seven-year term beginning June 3.

As the bank’s chief executive officer, the governor ultimately has full control over the business of the bank. Role responsibilities include: chairing the board of directors, leading the bank’s governing council, and conducting monetary policy to achieve an inflation target agreed upon by the bank and the government of Canada.

The governor and the senior deputy governor are appointed by the independent directors with the approval of the governor in council (the federal cabinet) for a seven-year term. This allows the governor to adopt the medium- and longer-term perspective essential to conducting effective monetary policy.

In a statement, Mr. Poloz said that the bank during his term “created the conditions for steady economic growth, low unemployment, and inflation close to target through very challenging times.”

The Bank of Canada was founded in 1934 and opened its doors in 1935. Three years later, it became a Crown corporation belonging to the federal government. The bank’s principal role is “to promote the economic and financial welfare of Canada,” as defined in the Bank of Canada Act. The bank’s four main areas of responsibility are: 1) Monetary policy: The bank influences the supply of money circulating in the economy, using its monetary policy framework to keep inflation low and stable. 2) Financial system: The bank promotes safe, sound and efficient financial systems, within Canada and internationally, and conducts transactions in financial markets in support of these objectives. 3) Currency: The bank designs, issues and distributes Canada’s bank notes. 4) Funds management: As “fiscal agent” for the Government of Canada, the bank manages public debt programs and foreign exchange reserves.

Brent Cameron serves as the board chair for Boyden Canada. With 20 years’ experience in executive search, he has supported hundreds of CEOs, boards and search committees in reaching critical hiring decisions, and has a strong understanding of the dynamics inherent in senior executive recruitment in both the private and public sectors.