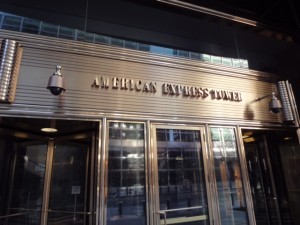 November 5, 2015 – American Express has retained Russell Reynolds Associates to help it identify potential new board members, according to Bloomberg. The board is currently chaired by CEO Ken Chenault and has 11 members, all of whom joined the company since he took charge 14 years ago.

American Express has faced significant challenges this year following its breakup with Costco Wholesale Corp. American Express recently announced it was ending its 16-year partnership with the warehouse club’s stores in which it was the only credit card accepted. JetBlue also ditched Amex for Barclays and MasterCard. As shares fell after these announcements, the activist hedge fund ValueAct Capital Management disclosed it had purchased a $1 billion stake in American Express, making it the company’s 12th largest shareholder. Berkshire Hathaway, led by billionaire investor Warren Buffett, is the largest.

American Express recently reported revenues of $8.19 billion, down from $8.3 billion a year earlier; its profits fell 16 percent. The stock is down 20 percent this year, the second-biggest drop in the Dow Jones Industrial Average after Wal-Mart Stores Inc.

Russell Reynolds Associates has been active in recent months assisting companies in shaping their leadership and corporate boards. This past summer, consumer goods giant Unilever PLC retained the firm to identify a new chairman to replace Michael Treschow, who has been in the role since May 2007. It is one of the biggest search assignments in British business this year. The company hopes to name his successor by the end of the year. One of the oldest multinational companies in the world, Unilever is a dual listed company, consisting of Unilever N V, based in Rotterdam, and Unilever plc, based in London.

Russell Reynolds Associates also recruited Terry Blackwell to serve on the board of directors of PJM Interconnection. Mr. Blackwell has 36 years of experience in power system planning and operation. Most recently, he was senior vice president of Power Delivery at Santee Cooper where he had overall responsibility for the company’s transmission system.

The firm was also retained by U.K.-headquartered investment and savings business Alliance Trust and Financial Conduct Authority to fill multiple board positions.

At the beginning of the year, Russell Reynolds hired Justus O’Brien to co-lead its integrated CEO and board advisory services group alongside industry veterans Charles A. Tribbett III and Ron Lumbra. The team comprises former and sitting directors of public company boards, leadership and management consultants, as well as legal, governance, regulatory and communications experts. With over 17 years of search and succession planning experience, Mr. O’Brien was most recently the co-head of the CEO succession practice at Egon Zehnder where his efforts focused on board and succession work at Fortune 100 clients.

With the recent expansion of the firm’s board effectiveness practice, its suite of services includes board and CEO succession, leadership assessment, board effectiveness, board culture and performance, as well as director and CEO recruiting.

Check Out These Related Articles on Russell Reynolds Associates: