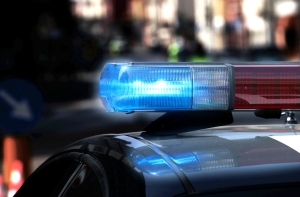 October 17, 2017 – The public sector is in the midst of major transformation, facing an array of challenges that range from changing public expectations to budgetary pressures and a growing demand for operational efficiency. To successfully navigate these issues, government organizations need leaders who are focused, tenacious and adaptable, with the capacity to deal with significant scale, complexity and ambiguity, say recruiters who specialize in the field.

One of the executive search firms leading the way is Bob Murray & Associates, which was recently selected to find the next leader for the San Diego Police Department. The firm is currently developing selection criteria, interview materials and candidate qualifications. Senior vice president Regan Williams is leading the assignment.

The opening came about because current chief Shelley Zimmerman will be retiring in March. At that time, she will have reached the five-year limit of the deferred retirement program that she joined in 2013.

The city is soliciting public input on the qualities and priorities for the new chief. Several community groups have challenged the process that San Diego is employing to find a new chief, notably its plans to use an unidentified panel to interview candidates, according to a report by KPBS radio in San Diego. The organizations are known collectively as the Coalition on Police Accountability and Transparency. Among their demands, they are seeking a 15-person public committee made up of community members.

“The police chief serves all of San Diego so we want everyone to have a chance to participate in the selection process,” Mayor Kevin Faulconer said in a statement. “I am encouraging San Diegans to attend these community forums so the public’s voice is heard.”

The city reviewed the police chief recruitment process in nine other cities to inform its plans for a confidential selection panel, said City of San Diego spokeswoman Katie Keach.

The new chief will inherit a department facing a chronic shortage of officers and accusations of racial profiling and tension between police and residents of ethnically diverse neighborhoods, according to the San Diego Union Tribune.

“I am eager to receive community input so we can decide on an individual who will continue effective community policing strategies,” said council president Myrtle Cole, who represents southeastern San Diego. “While there are outstanding internal candidates for the position, a nationwide search provides the opportunity to ensure the mayor is selecting from a comprehensive pool of the best and brightest law enforcement has to offer.”

Mr. Williams brings 30 years of local government experience to Bob Murray & Associates. Most recently, he worked as a private consultant with Deloitte and Touche on various public-sector assignments. Mr. Williams was involved in the development of some of the city of Sunnyvale, CA’s most innovative programs and has a national reputation for excellence in recruitment for law enforcement.