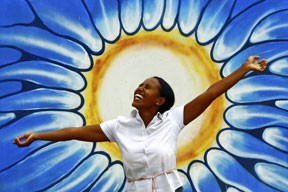 September 8, 2015 – The National Association of Corporate Directors (NACD), the advocate for the profession of directorship and advancing board leadership, anticipates that a likely outcome of increased board turnover will be an increase in diversity in the boardroom.

NACD released new findings from its forthcoming 2015–2016 Public Company Governance Survey which show that board turnover continues to increase. Two thirds (72 percent) of respondents indicated that their board added or replaced at least one director in the past year, compared to 64 percent of respondents to the previous year’s survey.

The need for boards to recruit new director candidates can be a catalyst to driving more discussion about board diversity. To help directors initiate these conversations, NACD just released the Diversity Discussion Guide for Directors. The publication offers guidance on helping directors prepare for effective discussions on diversity at board meetings. It also includes a series of questions to help boards define diversity relative to the company’s strategic objectives and to set goals, processes, and milestones to measure progress.

“NACD has always maintained that the directors around the boardroom table must bring different perspectives and experiences that align with the company’s strategic goals,” said Ken Daly, NACD CEO. “And while the needle has not moved as much as many would like, we are seeing progress. In fact, more than 80 percent of the placements made by our director recruitment services team this year have been women or diverse candidates.”

Research released this summer by recruiter Heidrick & Struggles found accelerating progress for women in American boardrooms within the Fortune 500 (of 339 new directors appointed in Fortune 500 boardrooms in 2014, 99 were women, representing 29.2 percent of the total; this compares with 25.9 percent in 2013 and 22.8 percent in 2012).

The Heidrick & Struggles Board Monitor projects that women will account for 50 percent of new board directors in the Fortune 500 in the U.S. for the first time in 2024. “Companies are increasingly focused on appointing more women directors – recognizing that better governance results when diverse points of view are reflected in the boardroom,” said Bonnie Gwin, vice chairman and managing partner of Heidrick & Struggles’ board practice in North America.

A follow-on report by Korn Ferry has found additional evidence that women are making strong gains in the most sought-after top-slotted roles in global companies. According to the search firm’s survey, more women in the U.K. are joining the boards of FTSE 350 companies as new non-executive directors (39 percent of first-time FTSE 350 non-executive appointees were women last year, up from 28 percent in 2013 and 11 percent in 2007).

Korn Ferry said this could translate into an increase in the number of women achieving executive board positions as chief executives and finance directors. “Gender balance has seen the most significant shift in the first-time NED appointments in recent years,” said Richard Emerton, managing partner board and CEO services for Korn Ferry.

Talent tracking firm Hunt Scanlon Media has been reporting since the beginning of the year that women are making significant progress in attaining directorships. “Severe under-representation of women on boards still exists in many corners of the globe,” said Hunt Scanlon CEO, Scott A. Scanlon. “So it is left to key corporate business centers, like the U.S. and the U.K., to provide leadership — and that is exactly what we are beginning to see: leadership and progress.”

Mr. Scanlon said a number of global initiatives are underway to mobilize efforts to increase women board representation. “Executive search firms are particularly well-positioned to push hard on these efforts and our research suggests they are making a huge difference in securing directorships for qualified women,” he said.

Mr. Scanlon said search firms are finally being given the mandate to cast a wider net. “Recruiters control the pipeline of women directors and they are, therefore, the crucial link to increasing gender diversity in corporate boardrooms around the globe.”

“In light of heightened global trends and business imperatives, the need for diversity of experience and perspectives in the boardroom has become an unmistakable mandate,” said Cari Dominguez, NACD Blue Ribbon Commission co-chair, NACD board member, and former chair of the U.S. Equal Employment Opportunity Commission.

Directors interested in a more in-depth look at board diversity are encouraged to attend the Diversity Symposium at the NACD Global Board Leader’s Summit which runsSeptember 26-29 in Washington, D.C. The symposium features candid sessions on unconscious bias and the Rooney Rule, among others. NACD has championed diversity in the boardroom for more than three decades. The Diversity Symposium is designed to help boards put more focus on the need for directors who have the skills, experiences, and perspectives that align with company strategy.

For a more in-depth look at overcoming the structural, social, and habitual barriers to expanding board diversity, download the NACD Report of the Blue Ribbon Commission on the Diverse Board at www.NACDonline.org/DiversityBRC. You can also download the Diversity Discussion Guide for Directors at www.NACDonline.org/DiversityDiscussion. And to learn more about the NACD Global Board Leaders’ Summit, visit www.NACDonline.org/Summit. NACD delivers insights and resources to more than 16,000 corporate director members, fostering collaboration among directors, investors, and governance stakeholders.