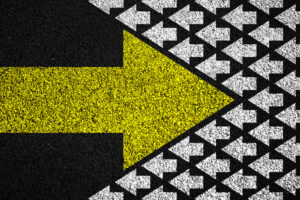 Mr. Hanft has deep roots in the global financial services and technology sectors, having served as general counsel, corporate secretary and chief franchise officer for MasterCard Worldwide for more than 13 years. In addition to overseeing law, regulatory affairs, public policy and compliance during his career, he also managed the law and franchise integrity consolidated business unit of over 500 global employees with responsibility for licensing, franchise management, global diversity, philanthropy, corporate and information security. He was also a member of the company’s executive and operating committees.

One of his biggest accomplishments was developing and executing the strategy that drove MasterCard’s transition from a not-for-profit group of financial institutions to a leading public company. In addition, Mr. Hanft personally managed the negotiations with stakeholders around the globe, as well as the complex securities issues involved with the transaction, that resulted in MasterCard’s successful IPO. His career began as a trial attorney with the criminal division of the Legal Aid Society in New York City.

Most recently, Mr. Hanft was president and CEO of the International Institute for Conflict Prevention and Resolution, a non-profit organization created by general counsel with a mission to find the most effective means to prevent and resolve business conflict. Recognized globally for his skills as an independent arbitrator, mediator and advisor to companies on dispute resolution strategies, he has devoted his career to finding the most effective and efficient resolutions for resolving conflict, including litigation.

In his new role with BarkerGilmore, Mr. Hanft joins many other Fortune 500 general counsel and chief compliance officers in advising legal and compliance departments, CEOs and boards, including general counsel recruiting and placement.

BarkerGilmore specializes in building corporate legal and compliance teams. The firm utilizes an advisory board of 12 former general counsel and chief compliance officers. This team, many of whom have served in Fortune 500 companies, is charged with providing advisory and leadership development services, complementing the firm’s core recruiting business. These consultants offer BarkerGilmore’s clients access to experience that can help them to optimize their organizations and accelerate profits.

Finding senior leadership within the legal and compliance function is exceedingly complex today, as companies face intense pressure under the current regulatory environment. It therefore requires leadership who can foster close collaboration between compliance and other corporate functions as well as communicate to a more complex and sophisticated set of stakeholders, internally and externally.

According to a Heidrick & Struggles report, sharply rising demand for legal and compliance talent, the absence of a clear career path in the discipline, and greater need for compliance executives with leadership and influencing skills are creating difficult challenges for organizations seeking to identify and retain talent in a world of increasing regulation.

“The demand is so great for internal auditor and compliance executives that recruiters are looking outside the financial services industry for candidates,” said Michael P. Kelly, president of New York-based Michael Kelly & Associates, which specializes in financial services. “The skills-sets are transferrable but there is a learning curve to understand the sector they are auditing.”

“About nine years ago companies that were in highly regulated industries like financial services, medical devices and pharmaceuticals saw a critical need to bulk up in the compliance area,” said Mr. Gilbert.

The result: Mr. Gilbert has seen a 20 percent, year-over-year growth rate for compliance professionals as a direct result of ongoing or potential measures being taken by the U.S. government to investigate companies they potentially deem as having behaved improperly or who have not been compliant with new regulatory measures.