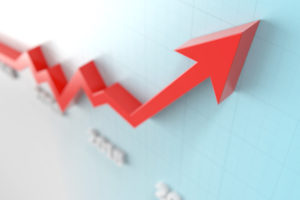 September 2, 2020 – Executive recruitment firm August Leadership, which changed its name from Ward Howell USA earlier this year, is expanding with the addition of Jerry McGrath as a partner. He manages searches for human resources leaders across a vast array of industries and organizations, and his clients benefit from his three decades of global experience in both corporate human resources and executive search.

Prior to joining August Leadership, Mr. McGrath was the managing partner of the global HR practice at DHR International where he joined in 2013. His search career began 2002 at Korn Ferry, where he served as the client relationship manager for a number of the firm’s large global clients, leading executive searches across functions and industries in the Americas and in Europe.

Mr. McGrath began his corporate career with GTE Corporation, a predecessor firm to Verizon. He spent 10 years in progressive human resources roles culminating with the role of director of executive placement.

In February, August Leadership made the switch from its iconic Ward Howell name and brand. “The purpose of the rebrand was to break from traditional roots, which we will always appreciate and respect, and point the firm to true north in terms of optimizing relevance in today’s marketplace,” Ken Greger, partner in the firm’s travel and hospitality practice, told Hotel Business. “This also allows us to continue being strategic advisors to our clients from a big picture perspective, versus just an industry silo, and add real value. Ultimately, these attributes aren’t found in a name alone—it has to be in the mindset and culture of the firm. Our rebranding is a statement to that effect.”

August Leadership Adds HR Specialist
August Leadership recently added Fran Luisi as a partner within its human capital & HR practice. He is a leader in executive search across industries and geographies, helping organizations build the depth, breadth, and quality of their human capital and human resources talent and functions globally. Mr. Luisi previously served as partner and head of the HR practice at Odgers & Berndtson.

“The word ‘August’ conveys someone who is respected, dignified and impressive,” said said Asad Haider, founder and CEO of the New York City-based firm. “Our clients tell us that we deliver ‘August’ leaders, focusing on relationships rather than transactions. We’re doing our life’s work to help our clients do theirs.”

Following the rebranding, August Leadership opened new offices and expanded with additional partners. In the spring, the firm opened a London office. Leading the location is Alastair Paton, managing partner for Europe. Mr. Paton previously spent 16 years in sales, marketing and general management roles in major global consumer goods businesses, living and working in Europe, the Middle East and North America. Prior to joining August Leadership, he co-founded a search business in 2004 which became part of a major global network in 2011. Since 2014, Mr. Paton led what is now Signium’s U.K. business while also playing a role on the firm’s global board. He became its first elected global chair in 2018. Mr. Paton joined by partners Peter Bowstead and John Purkiss.

August Leadership also expanded into Shanghai. Leading the team there is Michael Maeder, managing partner. Mr. Maeder, who was born in China and is German by origin, has combined work experience in six countries spread over two continents. Having started his career in supply-chain consulting, he later co-founded an award-winning human resources services practice in China and a global IoT consulting firm. He is also involved in board advisory and supports clients on their leadership and organizational development work in China and broader Asia. Mr. Maeder is joined by partner Chun Liew and advisory partner Jane Feng.