Stay Connected:
While someone might hold the right qualifications, that doesn't mean they are the best fit for your company. Here's six questions you need to ask. 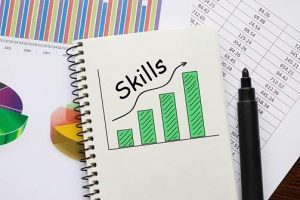 May 4, 2017 – When you’re hiring a new employee, it can be easy to miss some marks during an interview and focus simply on whether the candidate has the technical skills to do the job on day one. While technical skills are important, it isn’t enough to find someone who can do the job without also assessing a cultural fit for your team. You can often train someone to do a job, but you can’t fix a poor attitude.

“When you don’t examine the character — or soft skills — of a candidate, you may end up with an employee who can do the job, but is still a drain on the company,” said Edward Fleischman, founder and chief executive officer of The Execu | Search Group. “Some of the consequences of failing to evaluate soft skills include a suffering team morale, reduced productivity, lost business, and additional expenses to replace the employee.”

In the words of Porsche CEO Peter Schultz, “Hire character, train skill.” While character and soft skills are important to your hiring choice, they aren’t always readily identifiable in an interview. In order to determine these qualities, Mr. Fleischman says you’ll need to ask strategic questions rather than ones that only require a simple yes or no answer. A careful analysis of the stories and experiences that are shared with you can reveal how the candidate may work and grow within your company, he said.

While there are several questions you could ask, Execu | Search offers six queries that can give you a glimpse into a candidate’s personality and work ethic — and help you make the right choice:

1.  What is a challenge you have faced in the workplace, and how did you overcome it?

Problem solving is one of the most in-demand skills in the workforce, so it is crucial that you interpret how a candidate will handle a stressful situation. Not only can you better understand their ability to think on their feet and settle an issue, but you’ll also get a glimpse at how well they can identify a crisis and analyze a complex situation.

If they seemed to sit back or simply follow instructions, they may not be the self-starter that you need in a critical situation. However, if they were quick to spot the issue and worked in a team to fix it, they may have excellent leadership potential within your organization.

Best Methods to Lure Active and Passive Job Candidates
Today’s challenge is no longer identifying and sourcing candidates, but getting their attention. According to one new study, the definition of active and passive candidates, and the perceived value of each, is evolving. Let’s take a closer look.

2.  Have you ever had a conflict with another employee at work? How did you resolve it?

It is critical to your success as a company that you find someone who can work well with others. While disagreements among employees might happen infrequently, it is important to understand how a new hire would address a confrontation. Within their answer, pay attention to where blame is placed in the conflict, as this can point to whether they can take responsibility for their actions or if they are quick to place blame elsewhere.

You may also want to consider the context; was the conflict over office politics or over a work-related decision? If they argued passionately for an operational decision that they believed in, it signals a person who cares deeply for their work. However, if they got into a petty dispute over the office temperature, perhaps they take certain aspects of the workplace too seriously.

3.  What was the last new task or skill you learned, and how did you go about it?

The way someone approaches their professional development can be very telling as to how they would grow as an employee. For example, if the candidate says that they took it upon themselves to learn a new skill on their own, this points to their ability to take initiative and build valuable skillsets throughout their career.

But if they reluctantly picked up the skill at their manager’s request or quickly asked upper management for help, they may not exhibit the signs of someone who can adapt or learn quickly. Additionally, those candidates who don’t have an answer for this question may not be keeping up to date with current skills needed in the industry — and that’s a major red flag.

4.  Tell me about your biggest professional failure. What did you learn?

In order for an employee to improve on the job, they need to be able to address their own failures —something that requires a great deal of self-awareness. The candidate’s answer can show you how they view themselves, and more specifically, if they view a failure as a disaster or a learning experience. If they didn’t learn anything from their mistake or were upset by feedback they received, this can suggest a lack of emotional intelligence, or the inability to perceive and manage their feelings.

5.  Tell me about a time you did more than what was required on the job?

Ideally, a candidate should have a few examples of times where they have gone above and beyond expectations. This shows that they really care about their work, and they can handle normal amounts of stress that may arise on a daily basis.

However, if they never stayed late or worked extra to finish a project, this suggests someone who will only meet the minimum requirements of the job. Additionally, a candidate who boasts too many instances of completing tasks they were not assigned could identify someone who oversteps their boundaries or doesn’t trust their team enough to delegate.

Five Job Trends to Watch This Year
This past year, America’s job market made remarkable gains. After years of lackluster pay growth and an anemic economic recovery, the jobs turned a corner in 2016. A new report by Glassdoor has revealed the five biggest jobs trends to watch for in 2017. So what can we expect for 2017?

In order for an employee to be a productive team member, they typically have their own habits of how they organize their work and prioritize responsibilities. While they can employ a variety of systems that work for them, be wary if they don’t seem to have any organization in place. Without such structure, they may end up spending more time figuring out what to do next than actually working, which means that they do not have effective time management skills.

However, those who rely on calendars, folders, and lists suggest that this employee won’t let the ball drop on their watch. By understanding how they currently work through a week, you’ll be able to assess whether or not they can be effective from day to day on your team.

Check Out These Related Articles On Attracting Top Talent: