Menu
View our Events
Stay Connected:
A majority of leaders at companies around the world admit that were less than fully prepared when they took on the top job, according to a new study by Egon Zehnder. Room for improvement is seen in internal hiring and development as well as better board management of CEOs. Let’s take a closer look. 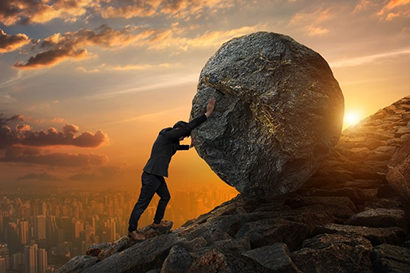 August 6, 2018 – For all the confidence that CEOs tend to convey, most of them have faced greater struggles in the top job than might be evident. Participating anonymously, leaders in a new study by Egon Zehnder revealed that while they did feel ready for the strategic and business aspects of their roles, they felt much less prepared for the personal and interpersonal components of leadership, which are equally critical to success.

Fully, 68 percent of the CEOs who participated in the study acknowledged that, in hindsight, they weren’t fully prepared to take on the CEO role. Fifty percent of the leaders said driving culture change was more difficult than they anticipated.

The report, entitled ‘The CEO: A Personal Reflection,’ surveyed 402 leaders from 11 countries, in a wide cross-section of industries. Taken together, their companies totaled $2.6 trillion in sales. Eighty-two percent of the businesses had more than $1 billion in revenues. The report was authored by Kati Najipoor-Schuette and Dick Patton, global practice group leaders for Egon Zehnder’s CEO practice.

“This study shows, we believe, that as conﬁdent as many CEOs are, there are many aspects of the role that they are not prepared for – and possibly cannot prepare for in the traditional sense,” said the authors. “In today’s complex new world, CEOs cannot have perfect answers to all of the questions and situations they will face. This openness comes through in the survey and conveys a humility that we did not see in years past. This shift also means that we must create a more dynamic way to deﬁne the role requirements of a CEO and to evaluate ﬁt for the role. The deeper aspects of personality, growth mindset and adaptability become signiﬁcantly more important determinants in an era of collaboration and volatility.”

Ms. Najipoor-Schuette and Mr. Patton said today’s CEO is on a dual journey. The job, they said, requires both personal and organizational growth in order to succeed. “We also believe – and the study conﬁrms that many CEOs agree – that an organization is only as evolved as the mindset of its leader,” the authors said. “Our leaders must be able to continually learn and grow, or they cannot succeed.  And yet while everyone actively discusses and builds strategies for organizational transformation, CEOs are telling us that they are not being supported on how to make this parallel person.”

The majority of our CEO respondents believe that they have the skills to do their job, said the study. Three-quarters (74 percent) said their prior achievements and experience prepared them to be CEO. Among experienced CEOs, 87 percent felt prepared. For ﬁrst-timers, the number was 72 percent.

hat Makes Successful CEOs
What makes a CEO effective? That question has been studied extensively, yet we still know fairly little about how CEOs behave day-to-day and how that behavior translates into success or failure.

“Yet at the same time, they understand that they need a particular mindset in order to be successful – a ‘continual growth’ approach that requires introspection, self awareness, and the ability to adapt,” said the report. “It is not easy, and their open-ended responses reﬂect this.”

“CEOs know and accept the fact that their jobs are extraordinarily all-consuming –  they are extremely well-compensated for it, after all – and that they must give oﬀ an air of omniscience, particularly with certain stakeholders,” said Egon Zehnder. “Yet most leaders we surveyed were outspoken about their desire and need to work on their own personal development because they see this as a critical element of both their own success and that of their organization.”

Overall, 54 percent of the CEOs said they agreed or strongly agreed that transitioning into the role of CEO required an intense period of personal reﬂection. For ﬁrst-time CEOs, the number was 60 percent. This supports the notion that becoming CEO is a true step-change away from the rest of one’s career trajectory. “You can be prepared, but that doesn’t mean that you are truly ready,” said the report.

Among the findings, 48 percent of the CEOs said that finding time for themselves and for self-reflection was more difficult than expected. And 47 percent admitted that developing their senior leadership team was surprisingly challenging.

It is a tough job to train for, one CEO told Egon Zehnder. “When you become the final decision-maker, everything changes,” the individual said.

The findings indicate that something is missing in internal hiring and development processes, and in board management of CEOs, said the report. Indeed, among CEOs who had risen in the ranks through their firms, only 28 percent said they were adequately prepared for the job. Among all respondents, only 38 percent said they turned to their board chairman for honest feedback. Just 28 percent sought counsel from non-chairmen directors.

Lonely at the Top

“CEOs were also extremely forthcoming about where they fell short in their preparation and in which ways they wished they had been better trained,” said the report. “They responded honestly and openly about just how diﬀerent – and often lonely – their new role had turned out to be, exploring some of the deeper reasons and feelings behind that loneliness. For all of their preparation, there were some aspects they said they simply could not appreciate until they were sitting in the corner oﬃce.”

When asked what they wished they had known or been trained in before taking on the top role, the CEOs offered an array of revealing answers: “That no one is honest anymore, that there are very few people you can fully trust,” said one. Another replied that the job demands more patience than expected. “I think one has to go through a maturity cycle,” the individual said. “And I suppose you can’t teach this.”

The executives shared a variety of types of support that they lean on for guidance – and also exposed a signiﬁcant number of places where that support was lacking. “One issue that came up consistently was the relationship between the CEO and the board,” said the report. “Very few executives, it seems, feel ready to manage those dynamics.”

Ongoing feedback from direct reports, boss and peers was the most useful measure, according to 31 percent of respondents. Sixteen percent pointed to job rotation. Only eight percent of the respondents chose leadership development programs, whether traditional or bespoke. This suggested that “many of those currently in use are not fulﬁlling their promise to their executives,” said the study.

Related: Motivating Leaders: Why Unlocking Their Potential Is Critical

“The survey results, we believe, are a call to action,” said Egon Zehnder. “If unaddressed, the implications go far beyond the personal legacies of these CEOs and will affect the performance of their companies. Stakeholders and shareholders alike should listen closely to what CEOs are saying – and help them become the leaders they want to be.”