Menu
View our Events
Stay Connected:
Nothing plays on the mind – and organizational chart – of every CEO more than talent raiding. Here's why modern day poaching can create a logistical nightmare for some companies . . . and how they can stem talent loss. 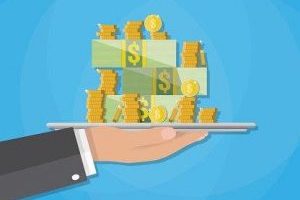 April 11, 2017 – Egon Zehnder has assisted BAMTech, the $3.5 billion live digital streaming service, in naming Michael Paull as its new chief executive officer. The company is a recent spin-off of MLB Advanced Media in which Disney acquired a $1 billion stake to launch ESPN’s multi-sport subscription streaming service. He replaces Bob Bowman, MLB’s president of business and media, who founded MLBAM in 2000.

Mr. Paull, a 20-year media and content business expert, was recruited from Amazon, where he served as VP of digital video since 2012. During his tenure, he has overseen the company’s global Amazon Channels business globally and been responsible for its global content, product, technology, operations and marketing. Before joining the e-retailer in 2012, he was an executive at Sony Pictures Entertainment, Sony Music Entertainment, Fox Entertainment Group and Time Warner.

As CEO of BAMTech, whose streaming technology is employed by the National Hockey League, Major League Baseball and the PGA Tour among other properties, Mr. Paull will be tasked with overseeing the company’s transition to an independent business, as well as helping BAMTech client ESPN launch an over-the-top subscription service later this year and spearheading the growth of BAMTech Europe, a new joint venture with Eurosport owner Discovery Communications.

“Michael is a talented and accomplished executive who shares our collective vision for BAMTech as it aggressively explores new means to acquire and distribute video content,” said MLB commissioner Rob Manfred. “We are confident Michael will deliver on the incredible potential and promise this venture has for building powerful viewing experiences for its clients and their customers.”

“The team at BAMTech has created a best in class video streaming platform allowing them to develop innovative solutions for their customers,” said Mr. Paull. “I am grateful to have the opportunity to work with this highly accomplished team and want to thank Major League Baseball and The Walt Disney Company for this exciting opportunity.”

One fourth of American businesses have experienced a surge in talent raids, but most companies have done nothing about protecting themselves. In fact, 54 percent are virtually defenseless against corporate poaching, according to a recent co-branded study by Hunt Scanlon Media and leadership advisor Marlin Hawk. All indications are that the problem isn’t going away anytime soon. “What surprised me the most was not the prevalence of talent raids, but how unprepared the majority of companies are to counteract them,” said Mark Oppenheimer, Marlin Hawk’s group managing partner. “Given the amount of time, effort, and financial investment put into finding and hiring key executives, I would expect employers to think carefully about building the optimum environment to retain their most valuable people.” The fact that almost 60 percent of companies have no formal talent retention strategy in place is quite alarming, he noted, especially since demand for outstanding talent is outstripping the supply ….. Here’s some further reading from Hunt Scanlon Media.

As Talent Raids Grow, Companies Set Out to Defend Their Turf
Nearly 400 CHROs and TA leaders participated in this talent raid report, one of the first to explore this growing dilemma at a time when recruitment carries less weight with companies than employee engagement, succession planning, and retention. Here’s a free download.

To executive recruiters on the prowl for top leaders to fill their client’s talent needs, Mr. Paull’s recruitment from Amazon doesn’t come as a surprise. Many of them view Amazon, in fact, as one of the prime breeding grounds around – much like traditional academy companies like GE were for innovative leaders in its heyday. And just as those raids created a logistical nightmare for GE CEO Jack Welch, so, too, do these modern day strikes play on the mind — and organizational chart — of Amazon’s leader, Jeff Bezos.

In one recent raid, Chicago-based DHR International lured Amazon’s head of worldwide mass and brand marketing to sports clothing and accessories client Under Armour as its newly minted chief marketing officer (CMO). Mr. Donkin was a significant loss for Amazon, where he was instrumental in the ideation, development and production of groundbreaking creative campaigns such as Amazon Prime, Amazon FireTV (streaming), Amazon tablets, Amazon Kindle, Amazon Echo and its retail business. Kevin Plank, Under Armour’s founder and CEO, said at the time that he was excited “adding new talent to our executive team,” and that Mr. Donkin “brings unmatched expertise and reflects our drive as an innovation company.”

“For such a large company, Amazon has done a remarkably good job of hiring, creating and holding onto very high quality executives,” said Tom Barnes, managing partner of search firm Calibre One. “They are often a prized target for us.” He said senior level, C-suite talent is not easy “to wheedle out, but it can be done.” While Amazon is known to pay well below market rates, he added, the company has a stock plan that more than makes up the difference. And, he said, “Let’s face it, it’s not the happiest culture in the world.” On the flip side, he said, “people get to work at one of the biggest, most all-encompassing companies in the world.”

Obviously, individuals are going to leave their job for another position now and then, said Mark Oppenheimer, group managing partner with Marlin Hawk in New York. That’s human nature. And while businesses have processes and systems in place to deal with issues revolving around pay and contracts, it is in the area of human behavior that most begin to falter.

“Many companies know how to deal with the tangible issues,” he said. “They identify their top talent, conduct compensation benchmark studies, ensure that the executive team is competitively compensated, tie them in with long-term incentive plans and put the non-compete contracts in place.” But, he noted, dealing with talent is very different from financial assets or intellectual property. “Companies do not tackle the soft issues that are equally important to people, especially with the Millennial generation.”

Mr. Oppenheimer said it’s all about going back to basics and wearing the psychiatrist’s hat, understanding the less tangible things that drive people and make them stick with the same tribe. “You have to make your company a great place to work, a club that people want to be part of,” he said. Then you have to put some process around it to ensure that retention ‘best practice’ becomes part of the corporate fabric.

In tackling talent retention, Mr. Oppenheimer recommends that CHROs identify and pay attention to executives who may be susceptible to poaching. It is critical to look hard at the individuals and the workplace issues that matter to them, he said. CHROs might also consider providing a regular forum for key executives to air their frustrations before troublesome issues grow out of hand. “Top senior performers can still benefit from mentoring,” he added.

Top Companies Will Always Be Targets

Todd Zangrillo, a partner at True Search, said that “our experience tells us that Amazon has great talent for certain situations and roles.” But, he was quick to point out, “that does not always mean their executive’s skills will translate to growth companies that still need to build and create a company’s infrastructure, business process, organization culture and go-to-market strategy.”

“We have recruited and tried to recruit Amazon people from time to time,” said Geoff Champion, founding partner and CEO of ChampionScott Partners. “Generally, at the executive level, they are difficult to recruit without a strong remuneration package or if the person is ‘on the outs’ internally.” He said one of the most difficult things to get around is “a strong culture that is somewhat unforgiving (which is good and bad) and where the ability to create wealth (where equity is allocated) is strong.” He said if someone is on the right side of that power curve, it can be a rewarding place to work both financially and in terms of peer / team relationships.

“As the war for talent continues, top companies are always targets and Amazon has the ability to attract some of the best available talent in the market,” said Cher Murphy, chief talent officer of The Institute for Corporate Productivity (i4cp), a network of HR and business professionals. “It’s no surprise to me that other organizations target Amazon – their focus on using their leadership principles and selecting top talent through their bar raising talent acquisition process allows them to hire the best. Who wouldn’t want to hire from there? Plus, Seattle rain isn’t for everyone.”

Check Out These Related Articles On Where to Find Top Talent:

As Talent Raids Grow, Companies Set Out to Defend Their Turf How Companies Can Build Up Their Defenses Against Talent Raids Netflix Talent Poaching Turns Into Employee Mobility Referendum Tightening Labor Supply Driving Competition for Talent Why 'Boomerang Employees' Might Be In Your Future Talent Poaching Rampant, Yet Often Uncontested at American Companies Top Hurdles for Finding and Retaining Top Talent