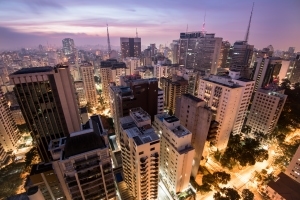 “We joined AltoPartners mainly because we see a full alignment with our core values and the desire to be connected with people that share the same thoughts and beliefs,” said Ms. Loureiro.

“We truly believe that in this technological world, the great differentiator will be the ‘experience’ lived by each human being,” said Ms. Fabrini. “Being part of a group that is aligned with this belief is a great opportunity and gives us strength to pursue our purpose.”

Stephen Dallamore, global chairman of AltoPartners, described the team at Plongê as exceptional, and said the firm has established a strong reputation within the Brazilian market. “Their unique approach to executive search and leadership consulting enables them to assess their clients’ businesses and provide solutions which address the total client need,” he said. “We are very proud to have such a high calibre team join the AltoPartners international family. Not only are they market leaders, but their values and the approach to doing business perfectly mirrors the AltoPartners business approach and philosophy.”

The economy in Brazil has turned a corner, data suggests, after GDP contracted sharply in 2016. In March, the manufacturing Purchasing Managers’ Index recorded the best result in over two years and both business and consumer confidence rested at multi-year highs. In addition, the country logged a record $7.1 billion trade surplus in March, aided by strengthening commodity prices.

In addition to offices in Brazil, AltoPartners has a presence in Argentina, Chile, Mexico and Peru and is aiming to further enhance its presence through the addition of partner offices in Colombia. The group also maintains a strong presence in the Americas, Europe, Middle East, Africa and Asia-Pacific.

Recently, the alliance announced that Camden Partners merged with two other independent search firms to begin trading in Australia as AltoPartners. The merger, according to the international consortium, enhances the practice group and sector coverage of its Australia team, and establishes the foundation for future offices in Melbourne and Brisbane. AltoPartners Australia currently has Richard Sterling and Robert Bozek as partners and now has partners Richard Fortune and Peter Tulau as well.

AltoPartners also expanded into India with the recent merger of Accord Group India and Stanton Chase India. The firms will relaunch as Accord | India. The combination brings AltoPartners’ Indian business footprint to six offices in Mumbai, Delhi, Gurgaon, Bangalore, Chennai and Kolkata and enhances the organization’s global presence to 58 offices across 35 countries.

Beyond India, AltoPartners also expanded in Russia when it gained Excelion Partners International as a partner firm. Excelion has been operating in Moscow since 2010 and is a niche player for international companies moving to, or operating in, Russia and for Russian companies and/or investors expanding globally. Yevgeny Merkel, Excelion’s senior partner, is AltoPartners’ Russia country manager.