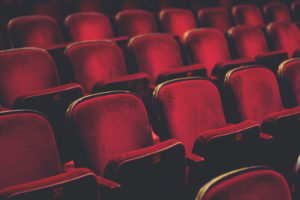 “Second Stage’s next executive director will be an individual who shares this deep commitment to celebrating the work of 21st century American playwrights and who is continuously focused on strengthening the company’s financial, organizational and volunteer resources in service to that mission,” said AlbertHall&Associates. “The executive director will assume a strong public profile on behalf of Second Stage and be a principal advocate for the importance of Second Stage’s mission as a unique and essential piece of the American theater ecology.”

Second Stage offers an exceptional administrative and organizational leader the rare opportunity to work in concert with a committed board and staff in leading one of the most respected and accomplished theaters in the nation, said the search firm. The new leader will report to the board of trustees and partner with president/artistic director Carole Rothman.

“Second Stage’s leadership and key stakeholders have forged a clear mandate regarding the core mission and values that will provide the framework and support for the company’s next period of organizational advancement,” said AlbertHall&Associates. “Having opened the Helen Hayes Theatre to critical acclaim, Second Stage is now focused on completing the capital campaign to retire the Hayes mortgage, build a more robust annual fundraising effort and refine the company’s operating model to ensure artistic and financial success well into the future. Its next executive director will play a key role in leading those initiatives.”

Second Stage’s next executive director will help guide the larger vision of all activity undertaken at the company’s three venues. The individual will be expected to take the lead on expanding Second Stage’s fundraising efforts while developing a business model for the company that will maintain a dynamic artistic environment in keeping with its mission and ensures financial sustainability and growth.

Second Stage Theater wants an executive director whose organizational leadership and fundraising skills have been in evidence over a significant period of time, said AlbertHall&Associates. Candidates should have demonstrated the ability to successfully oversee the group’s administrative, financial and operational functions. They must also have the collaborative skills and desire to successfully partner with the president/artistic director and work with the board, staff and key stakeholders in order to provide unified organizational leadership and direction that will lead to long-term artistic and financial health.

Extensive experience managing complex, creative organizations with demonstrated success in mission delivery, revenue generation and overall financial success is needed for this role. Prospects should have experience developing and leading capital campaigns and in establishing and cultivating governmental relationships. The right candidate must also have a dynamic public presence that will enable the executive director to function as a compelling public spokesperson who inspires growing support for Second Stage’s mission and organizational goals.

Second Stage Theater is a Tony Award-winning theater that gives new life to contemporary American plays, provides new writers with Off-Broadway debuts, and produces world premieres by some of America’s most respected playwrights. Founded in 1979 to produce “second stagings” of contemporary plays, Second Stage Theater has expanded its mission to include the development and production of new plays and the creation of programs that nurture young theater artists.

Del Mar, CA-based AlbertHall&Associates is a full-service consulting and executive recruiting firm providing services to America’s leading arts and entertainment companies, non-profit organizations and allied agencies. Since its founding in 1999, the firm has engaged with hundreds of clients across North America. AlbertHall&Associates provides a full array of consulting services to a broad spectrum of entities ranging from start-ups to emerging organizations and renowned performers in the field. Its team has decades of combined experience with leading theaters across North America such as The Old Globe, Center Theater Group, Seattle Rep, Long Wharf Theatre and the Oregon Shakespeare Festival, as well as renowned companies in the music, opera and commercial entertainment including Carnegie Hall, Disney Theatrical Group, the Santa Fe Opera, the Sydney Opera House and the San Francisco Opera, among many others.

Mr. Hall oversees the firm’s practice. Prior to joining AlbertHall, he had a career as an executive director and theater producer with success across multiple disciplines at the national, state and local levels. As managing director of the Tony Award-winning Old Globe Theatre, he oversaw its steady pattern of growth from a well-respected regional company to one of the nation’s most influential non-profit professional theaters.

Ms. O’Connor has been with AlbertHall nearly since its founding, serving clients across a broad spectrum of disciplines. With a successful career spanning decades, she brings a wealth of fundraising and organizational success to her work with the firm.