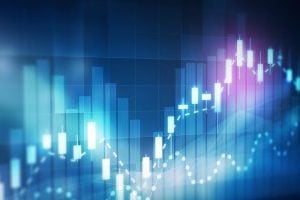 Mr. Thompson comes to COPAFS from the U.S. Census Bureau where he served as director since 2013. Previously, he spent five years as president and CEO of the independent research organization NORC at the University of Chicago. From 2002 to 2008 he served as executive vice president at NORC. Before that, Mr. Thompson was with the Census Bureau from 1975 to 2002, culminating in his role as associate director with responsibility for all aspects of the 2000 Census.

“COPAFS will benefit immeasurably from the expertise and experience that John brings to our organization,” said Linda Jacobsen, chair of COPAFS board. “Under his leadership, we are confident that COPAFS will advance its important work advocating for the federal statistical system and the essential data it produces.”

A longtime leader in the social science research community, Mr. Thompson is an elected fellow of the American Statistical Association and past chair of the association’s Social Statistics Section and its Committee on Fellows. In 2000, he received the Department of Commerce Gold Medal in recognition of his outstanding contributions to the 2000 Census. From 2011 through 2013, he served as a member of the Committee on National Statistics at the National Academy of Sciences.

Mr. Belford has completed nearly 300 association searches, mostly for CEO roles. A professional search consultant since 1990, he joined JDG Associates in 1993. His clients have ranged in size from regional and state groups with staffs of ten or fewer to national organizations with budgets up to $75 million. He has worked with trade associations and professional societies from a wide range of service areas, including heavy industry, information technology, finance, healthcare, engineering, government relations, communications, finance and administration.

A variety of trade associations have turned to executive search firms in recent months to find new leaders. Here’s a look at just a few taken from the Hunt Scanlon Media newswire archives: