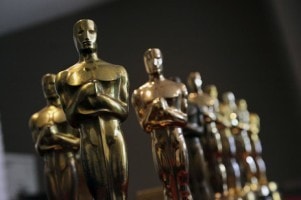 September 23, 2015 – Dubai-headquartered executive search and management advisory firm Metin Mitchell & Company has added Muna Awwadova to its management team. She joins the firm as a senior client partner and will have a particular remit for extending the firm’s capabilities in the life sciences, industrial and public sector sectors.

Ms. Awwadova has spent most of her career in the Middle East and has been in the executive search industry since 1998. Previously, she was a recruiter for the Middle East region for CTPartners and prior to that was with KMPG Lower Gulf Executive Search Services. During her seven-year tenure in Dubai, she held a series of roles of increasing responsibility. Most recently, she was head of executive search services and associate director of people & change advisory services, BPS Practice.

“We are delighted to welcome Muna to our firm and further strengthen our team with senior professionals who are both native to the Middle East and committed to the region,” said Youssef Nasr, chairman of Metin Mitchell.

Founded in 1995, Metin Mitchell & Company is a Middle East and North Africa-focused executive search and advisory firm with a staff of senior search professionals with over 30 years of combined experience in executive search in both mature and emerging markets. The firm’s consultants have delivered talent to the largest and most influential public, private and government organizations in the MENA region.

The Middle East / North Africa region has a population of over 400 million in 22 countries. Opposing views on politics, history, religion, culture and economic fortunes are vast and well known in the region. Older more traditional economies, like Egypt, now sit alongside the relatively new emerging economies established on the back of crude oil and natural gas production.

According to the Oil and Gas Journal, the MENA region has 60 percent of the world’s oil reserves and 45 percent of the world’s natural gas reserves. This, along with relative political stability and economic reform, has led to considerable foreign interest, both in terms of financial and human capital investment. All music to the ears of executive recruiters looking to expand throughout the region.