Menu
View our Events
Stay Connected:
EY’s newly released second Gen Z Segmentation Study finds a new generation adapting to a fast-changing world. Sixty-seven percent of Gen Z members have been worried about their mental health; 60 percent said most people can’t be trusted; and 60 percent have worried about running out of food during the pandemic. Employers take heed. 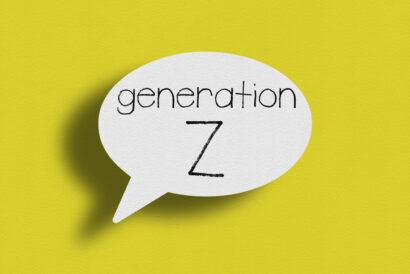 November 9, 2021 – An ongoing pandemic, mental wellness and activism are fundamentally reshaping what’s to come for the next generation. Although improving, businesses still need to earn Gen Z’s confidence, says a new report by EY. Sixty percent of the Gen Z members across the U.S. who were surveyed for the study say most people can’t be trusted, according to the firm’s second Gen Z Segmentation Study, which tracks the generation’s personal and professional interests. As Gen Z enters the workforce, the study concludes, employers need to understand this demographic group more holistically to effectively work with and support them.

“The world is changing faster than ever, and this digitally native and globally conscious generation, born between 1997 and 2007, is prepared to adapt to the rapidly transforming environment,” said the consulting outfit. Businesses, the new report says, should prioritize understanding Gen Z to maintain engagement with future employees and customers — developing a strong “Plan Z.”

Gen Z is the most racially diverse generation yet, even more so than millennials, and has strong opinions and unique experiences that will help shape future society.

Key insights from the EY survey include:

Mental Health: Sixty-seven percent were moderately to extremely worried about their physical and mental health, with 42 percent frequently feeling anxious or depressed during the COVID-19 pandemic. That anxiety was not evenly distributed from a gender perspective, with more than half (51 percent) of women feeling anxious or depressed compared to only 34 percent of males. During the pandemic, nearly a fifth (19 percent) of Gen Z reported rarely or never receiving the social and emotional support they needed.

Skepticism: In addition to the 60 percent who said most people can’t be trusted, 48 percent of the Gen Z members said most of the time people are just looking out for themselves. Trust may be improving though, as these levels were slightly lower than in 2019, which found 67 percent and 52 percent, respectively, says EY. Relatedly, 57 percent said they feel life will be the same or worse for future generations.

Basic needs insecurity: Sixty-nine percent of Gen Z worried about running out of food since the onset of COVID-19, and over a fifth (21 percent) worried about it most of the time; notably, 28 percent lost their job, or someone in their family lost a job in the same time period.

Entrepreneurialism: Forty-five percent of Gen Z reported being very or extremely likely to start their own business one day; and since the pandemic began, 44 percent said they are more interested in starting a business.

Since the pandemic began, the EY survey found, males were more likely than females to have become more interested in entrepreneurialism (48 percent and 40 percent, respectively). Additionally, those already working were more likely (49 percent) to start their own business someday compared with those not in the workforce (43 percent). In addition, Gen Z members were most confident that significant progress will be made regarding LGBTQ rights (85 percent), gender inequality (79 percent) and economic equality (68 percent). However, Gen Z was least confident in progress happening toward the federal budget deficit (35 percent) and immigration policy (51 percent).

The Five Segments of Gen Z

As established in the inaugural report, the EY 2021 findings reiterated the importance of treating members of Gen Z as individuals with unique characteristics, goals, and values. In 2019, the EY study uncovered five distinct groups within this generation. A comparison of where each member of Gen Z falls into each segment from 2019 until today found that the biggest shift came from “Carefree Constituents” becoming “Authentic Activists” and/or “Secluded Perfectionists.”

Among the breakdowns and segment descriptions, EY found:

“This latest research reinforces that companies need to make and continually evaluate their ‘Plan Z,’ acknowledging the different personas within the generation,” said Marcie Merriman, EY Americas cultural insights and customer strategy leader. “As more Gen Z move from being carefree constituents to authentic activists, we can glean that it has become less acceptable to be a bystander. The events of 2020, from COVID-19 to the social justice movements and more, reflect a loss of innocence for the generation and something that will shape their futures.”

The EY report says that Gen Z’s relationships with family and friends felt the effect of quarantine, banding together to weather the uncertainty of lockdown. According to the survey, 51 percent said their relationship with their family became stronger since the start of the pandemic. When it comes to friendships, 65 percent of Gen Z reported these relationships to be the same or to have become stronger since March 2020.

According to EY, as companies look to hire more Gen Z employees, it is a necessity for them to understand the generation to attract and retain the new talent. Almost two-thirds (63 percent) of Gen Z said they feel it is very or extremely important to work for an employer that shares their values. In a future job or career, most Gen Z said they prioritize enjoying the work they do (69 percent in 2021 vs. 62 percent in 2019); other priorities were to be the best at what they do (40 percent vs. 37 percent) and to make a difference in the world (39 percent vs. 33 percent). Notably, since the last report, Gen Z placed less importance on making a lot of money in their career (32 percent vs. 38 percent). Employers need to demonstrate their shared values and to position Gen Z staff to be impactful through their careers, the study said.

Related: Move Over Millennials, There’s a New Workforce in Town

The survey also found that Gen Z careers may also follow a trajectory different from that of prior generations. Outside of working, Gen Z members were also planning for their personal futures, which may look different from the traditional path. The survey found less than half (48 percent) felt that getting married someday is very or extremely important. Similarly, only 48 percent felt that having children someday is very or extremely important, and the median age they would like to be when they have children is 30.

Using Their Voice and Getting Involved

Gen Z is the newest voting generation, and even after a great deal of polarization in politics in 2020, more Gen Z still labeled themselves moderates (40 percent) compared with being liberal (32 percent) or conservative (22 percent), which is a consistent spread to the 2019 findings (39 percent, 28 percent, 25 percent, respectively).

11 Things You Need to Know About Generation Z
They have known the digital world since birth, and now they are entering the workforce. Kevin Sheridan, a renowned talent consultant, provides 11 traits you should know about this digital native generation, along with insights from expert recruiters from Bridge Partners and Executives Unlimited.

But despite the bulk of the generation self-declaring themselves as moderate, EY also found that Gen Z collectively still shifted toward activism when it comes to issues that matter to them. When asked how much of a problem certain issues are in the country, the majority agreed that drug addiction/abuse (87 percent), racism (85 percent), climate change (81 percent) and gun violence (80 percent) were significant problems. Additionally, more than a third (36 percent) had participated in a political rally or protest, signed a petition for a cause they agree with or supported a political movement.

Environmental issues and sustainable practices are growing in importance for Gen Z and are something that can’t be ignored by any business trying to connect with the generation, the EY report said. The majority (55 percent) of Gen Z members surveyed said they are very or extremely interested in environmental issues, up from 40 percent in 2019, and a striking 81 percent believed climate change is a problem for the U.S.

Gen Z are doing more than voicing their opinion, too; they are taking action and putting their money where their mouth is to make a difference. Six in 10 (61 percent) said they recycle regularly, and, most notably for businesses, 57 percent said they think it is very or extremely important to buy from brands that protect and preserve the environment. Additionally, 71 percent reported buying or having bought for themselves at least one used clothing item since March 2020.

“Youth have historically been the drivers of cultural change, whether it’s fashion, music, the adoption of new technology or business,” said Ms. Merriman. “Social and cultural change is often determined through how they spend their money, where they decide to work and the opinions they voice. Businesses seeking to understand which changes are fleeting trends and which will become cultural norms need to look no further than Gen Z. The research shows us that concerns related to mental health, climate change and social justice will remain top of mind for this outspoken group, and companies looking to attract this dynamic generation will need to find a way to share the voice on these critical issues.”