Menu
View our Events
Stay Connected:
Baby Boomer retirements and other factors threaten to disrupt many businesses in the next 10 to 15 years if replacement talent cannot be found, say recruiters. Preparation will be the key to meeting this challenge, reports DHR International’s Mike Magsig. 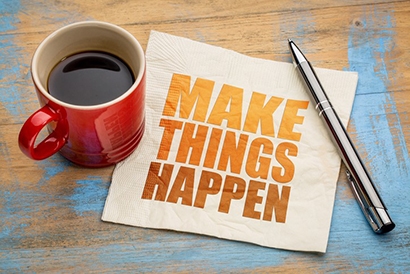 October 3, 2018 – Companies in a number of industries are facing a potential C-suite challenge – an alarming lack of qualiﬁed candidates to ﬁll roles that are likely to become vacant, due to retirement and other factors, in the next 10 to 15 years. To prevent a potentially drastic operations interruption, companies should be making several proactive moves now, says Mike Magsig, who leads the global board & CEO practice at DHR International.

“At many organizations, boards and C-suite executives spend much of their time focusing on protecting their business model from outside influences,” said Mr. Magsig. “In the process, however, they may be overlooking a greater risk that is emerging from within – the impending shortage of C-suite talent that will be vital to drive value creation in the future.”

A number of factors, “ranging from demographics to increased market competition, are placing the possibility of filling CEO roles, in particular, that become vacant in the next 10 years at risk,” he noted.

Even though a considerable number of executives and board directors are beginning to see significant talent gaps emerge in the C-suite, including in the CEO’s office, many companies have failed to realize how much is at stake, said Mr. Magsig. And many are unprepared to address the critical shortfall. “To protect themselves from the potentially damaging productivity and profitability delays and the public image-related investor complications that can arise from leadership uncertainty, companies need to begin taking several steps now,” he said.

C-suite talent will be in high demand in the next decade and potentially beyond, for several reasons. CEO turnover, for one, seems set to rise, said Mr. Magsig. In 2015, 17 percent of the 2,500 largest public companies in the world experienced a CEO change – more than in any of the previous 16 years that the consulting firm Strategy& has been publishing its CEO Success Study.

“Although CEO turnover declined in 2016, which the consultancy service provider attributes to the drop in merger and acquisition activity, planned turnovers continue to be more common,” said Mr. Magsig. “Excluding CEOs removed as the result of M&A, the share of planned turnovers was 81 percent in 2016, the third highest rate since 2000.”

“The planned turnover category includes CEO retirements,” he added, “and demographic changes certainly appear poised to cause a number of retirement-related C-suite vacancies.”

Mr. Magsig is a leader in executive search, working with clients to place their transformative C-level executives and board directors and in succession plan creation. During his career, he has placed more than 300 C-level positions at companies including Swiss Re, Broadway Bank, Horace Mann Educators, CNO Financial and NCCI. He also placed members of the board of directors at AIG, John Hancock Funds and Assured Guaranty.

Prior to joining DHR International, Mr. Magsig served as managing director at Korn Ferry, where he was an active member of the board & CEO services practice and built the firm’s leading presence in this vertical. He also served as leader of the firm’s insurance practice, helping to build the practice from $14 million to $34 million in business.

Seven Tips to Find Great CEO Candidates
When determining a CEO’s suitability, companies should remind themselves that no candidate is perfect. The goal is to understand the relative trade-offs among the candidates’ strengths and weaknesses, and to ensure that prospects’ deficits are not in areas that are especially critical for company performance.

Around the world, Mr. Magsig pointed out, population rapidly expanded in the mid-20th century. The U.S., Europe and Canada all experienced booms in their population and are now looking at a growing number of potentially debilitating retirements.

“Due in part to the experience required for the role, C-suite members are typically in at least the second half of their career – and, as a result, may be approaching retirement in the next decade,” said Mr. Magsig. “With a significant number of C-suite members nearing retirement age in the coming years, leadership at many organizations could undoubtedly be affected by the impending wave of retirements.”

Factoring in additional concerns, including the stress and demands involved in the role, extraneous requirements such as regulatory compliance, investor advocacy and some professionals’ desire to switch careers to self-actualize, that number could rise even higher.

“All those vacated C-suite positions will need to be filled quickly, by highly qualified candidates, to ensure operations continue to flow smoothly,” said Mr. Magsig. “Internal candidates, however, may not be the most viable option at all organizations.”

In the last 12 to 15 months, boards and C-suites have placed elevated prominence upon strategic growth. Some companies are viewing this as an opportunity, others as a defensive measure. “In either instance, for nearly a decade, many executives have been promoted for their achievements in expense reduction, risk management, compliance or capital management – factors that all feed into mitigating profit loss,” said Mr. Magsig.

Growing optimism permeates many C-suites for improved economic performance over the next six to 10 quarters. According to a Grant Thornton report, many global economies have experienced five consecutive quarters of increased revenue and profitability expectations. “Yet, it’s likely all boats will not rise uniformly with the rising tide,” said Mr. Magsig. “And if growth stalls, CEO successors whose skill set centers on growth-oriented proficiencies like cost reduction and risk management may struggle to address the changing scenario, potentially resulting in inferior performance.”

In the past decade, a greater number of companies have appointed an outsider as their new CEO. To find candidates who possess the necessary skills to fill their leadership void, many companies may need to turn to external candidates in the future, as well.

“Abundant options, however, may not exist,” said Mr. Magsig. “With a large number of C-suite roles that will need to be filled, and a shrinking group of candidates with the appropriate experience – or even 30 or more years in the workforce – the search to secure talent is likely to be a fierce battle.”

“Some companies will find competitors are aggressively pursuing, and in some cases successfully wooing, their top talent, which could deplete their succession pipeline.”

Even if an organization is lucky enough to land a top hire or appoint its desired candidate from within, it may not be able to count on the executive having a long-continued tenure. “The retention strategies many companies may have in place could prove insufficient against heightened recruiting pressures from other organizations,” said Mr. Magsig. “Due to the increased competition that’s likely to exist for top talent, other companies may actively lure top C-suite executives before their employers have realized the return on their development investment.”

To retain their executives, businesses will need to employ ongoing retention strategies, or face what could amount to an almost constant recruitment threat from competitors. “These retention strategies could take varied forms that would also aid in a company’s developmental practices,” such as serving as independent corporate directors, said Mr. Magsig.

Despite indications that retirements and other factors could mean more organizations will need new CEO and other C-suite executives in the future, a number of companies appear to be inadequately prepared to address high-level vacancy issues. “The first step toward shielding a corporation from this talent depletion involves making the board and current C-suite executives aware that this mission critical issue must be addressed,” said Mr. Magsig. “Once the severity of the situation is understood, the organization can devise multiple strategies to reduce its risk.”

Begin by looking internally for possible future candidates for C-suite roles, and securing training and development opportunities to accelerate their readiness for future positions, suggested Mr. Magsig. “Deploying fact-based assessment technology – behavioral assessment tools, for example – can help identify high-potential leaders and technical performers within the company who may be contenders for accelerated development,” he said.

Five Tips to Help a CHRO with the CEO Succession Process
CEO succession planning has three main leadership components. Most boards of directors embrace their role, accepting that designating the would-be future leader of their company is an ongoing process requiring consistent, dedicated work on their part.

Internal structural changes can also help an organization prepare. “Consider introducing programs that provide enhanced incentive awards for talent development, such as cash bonuses for development performance, and revising talent recruitment and retention practices to build diverse teams that represent customer demographics and broad-based thinking, which can help you identify C-suite candidates who will be able to understand and accurately represent customer, industry and other needs,” said Mr. Magsig. “Talent conforming to a company’s foundational framework and culture will transcend traditional gender, ethnicity, age, and geographic boundaries; better strategies can be developed through discussions that involve various perspectives.”

Looking in-house for potential future C-suite executives can help companies to develop and guide talented employees into those roles, he added. Relying solely on internal candidates, however, isn’t always the most secure option.

“Some employees may not be ready when you need a C-suite replacement,” said Mr. Magsig. “HR professionals and non-HR C-suite executives, in fact, expect developing the next generation of leaders will be the No. 1 human capital challenge in the coming decade.”

“Cultivating leaders takes time, and you may not, in some instances, have years to do it,” he said. “It’s difficult to know when each and every position will become vacant; C-suite executives may give ample notice if they’re retiring, but other scenarios may provide little warning – for example, when United Airlines CEO Oscar Munoz suffered a heart attack roughly a month after being appointed to the role in 2015.”

“United’s corporate governance guidelines state recommendations for CEO successors are to be provided annually, and a committee is responsible for reviewing the succession plan with the board chairman and CEO periodically,” said Mr. Magsig. “Yet due to Munoz’s recent appointment, some news outlets, including the Washington Post, speculated the company may not have had a chance to identify a candidate. After a few days, the company’s general counsel was tapped to step in to fill the position on a temporary basis.”

Establishing a robust talent pipeline can help guarantee you have qualified, pre-screened C-suite replacement options, should you need them. “Engaging outside recruiting assistance can establish a thorough, demographically varied talent base – and a window into best-in-class recruiting and retention practices in the external market,” said Mr. Magsig.

In past decades, companies often established a mentoring relationship early on in an executive’s career to guide the individual through any unapparent cultural pitfalls. “If your organization doesn’t already follow that practice, you may want to consider establishing a formal network of mentors and coaches for the current CEO and several layers beneath the role,” he said. “A sounding board can be an invaluable asset to executives who are in the process of assuming higher levels of responsibility. Recently retired leaders who have built high-performing teams can make excellent mentors.”