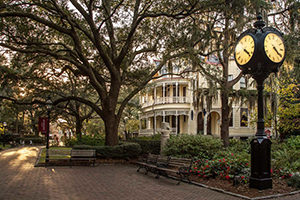 June 1, 2018 – College and universities across the countries are facing new and growing challenges. Financial woes, enrollment concerns and debates over free speech, among other issues, are all keeping leadership at institutions of higher learning on edge these days. For some schools, survival is even on the line. Recruiting the right leaders, and choosing a search firm to identify that talent, has become an increasingly pressing matter.

William Funk & Associates, which specializes in recruitment for roles in higher education, has been retained by the College of Charleston in South Carolina to lead its search for a new president. The school’s current president, 70-year-old Glenn F. McConnell, citing his age and health, announced that he will be retiring in July.

“We are looking forward to working with the College of Charleston to recruit its next president,” said R. William Funk, president of the Dallas-based recruitment firm. “Its location, size, history and positive trajectory make its president position a compelling opportunity. We are delighted that the board has entrusted its search to us and we look forward to a highly successful search.”

This search will give William Funk & Associates what it calls the “superfecta” of president searches in South Carolina in that the current leaders at Clemson University, University of South Carolina and Winthrop University were all also placed by the firm.

Ms. Romberger said that she felt the college was in good hands with William Funk & Associates and that the process was moving forward. “Our next steps as a search committee, in partnership with Bill and his team, will be to draft the leadership profile for our next president,” she said. “We hope to have that completed in the next few weeks and to begin accepting applications in mid-June. The application process will close around mid-August.”

Located in the heart of the historic city, the College of Charleston is a nationally recognized public liberal arts and sciences university. Founded in 1770, the college is considered to be among the nation’s top universities for quality education, student life and affordability. The school has an enrollment of more than 10,000 undergraduates and about 1,000 graduate students.

William Funk & Associates has conducted more than 400 searches for university and college presidents and chancellors over the last 35 years. It recently placed Steven Leath as the 19th president of Auburn University.

Mr. Funk has been called the “guru of higher education recruiting” by The Chronicle of Higher Education and is listed as one of the 200 best executive recruiters in the world in The Global 200 Executive Recruiters: An Essential Guide to the Best Recruiters in the United States, Europe, Asia and Latin America.