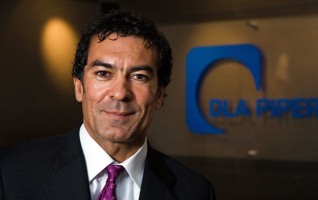 Mr. Da Costa spent over 20 years practicing as an international corporate lawyer and helped with the expansion of the world’s largest law firm, DLA Piper, where he was a global board member and managing director for Asia Pacific, the Middle East and Africa.

He just concluded a one-year project as the first chief executive of the new Prince’s Trust International, the international subsidiary of the Prince’s Trust charity which focuses on developing youth employment and engagement programs in countries around the world. He is also chair of Governors at City and Islington College, London’s leading further education college; a governor of The London School of Economics; and an independent member of the Council of the University of Sussex, where he also sits on the council’s performance committee.

In addition to being responsible for chairing the board, Mr. Da Costa will work closely with managing director Vicky Lawton and Ms. Warren (who remains on the board) as well as other board members on developing a future strategy for Warren Partners. In particular, he will lead the design of Warren Partners’ international strategy.

“This is a very exciting appointment for us and we are confident that Alastair’s leadership style and experience will help us take significant strides forward in further developing the business,” said Ms. Lawton.

“Warren Partners wants to take a longer term view about how they build their client base and their team.  I was struck by the focus on both the people and the clients, and am looking forward immensely to working with the team in 2016 and beyond,” said Mr. Da Costa.

Warren Partners is a U.K.-based executive search firm devoted to supporting and recruiting executive and non-executive directors across the U.K. and internationally. The firm has offices in London, Cheshire and Edinburgh.

In December, Warren Partners added former CTPartners recruiter Laurence Vallaeys as a director. She now augments the firm’s capability in senior executive and non-executive recruitment in the FMCG, retail and leisure sectors.

Check Out These Related Articles On Search Firm CEO Changes: