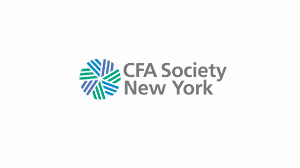 The group’s previous CEO, Daniel Dagen, stepped down at the end of March. Peter Rush of Kellen, an association management company, has been serving as interim CEO since April.

The appointment of Mr. Jagetia follows a comprehensive recruitment process led by a CEO search committee that included board and non-board members and Vetted Solutions. “We considered a wide variety of exceptional candidates for this position,” said Carole Crawford, secretary of CFANY’s board of directors. “We knew Sameer was the best individual to lead the organization because of his knowledge of CFANY and the investment community and his leadership in technology and innovation, two driving forces for the industry moving forward.”

“The board of directors is confident that Sameer is the right person to steer CFANY into the future with his strong background in institutional investment management and a track record of leading organizational growth and building a culture of trust and empowerment,” said Thomas Brigandi, chair of the board of directors of CFANY.

Prior to joining CFANY, Mr. Jagetia co-founded the tech start-up company Robuzz, a machine learning and natural language processing company. In 2010, Mr. Jagetia acquired REDBOOKS, an award-winning sales intelligence platform. In 2018, he managed the sale of REDBOOKS in a private equity backed transaction and spun off IP from the business to create Robuzz. From 2003 to 2009, Mr. Jagetia served as vice president of investments with TCS Capital Management, and from 2001 to 2003, he was part of the Global Communications Group at Salomon Smith Barney.

“As a long-time member of CFANY, it’s exciting to step into the role of chief executive officer,” said Mr. Jagetia. “I intend to build on the legacy created by Benjamin Graham and ensure the CFANY continues to be a forum for thought leadership—especially as the financial industry is changing at an accelerating pace with technology and innovation. Together with the board of directors, our dedicated professional staff, and our members, I look forward to strengthening and growing the organization.”

CFA Society New York is one of the largest of 160 member societies of CFA Institute. Its activity began in 1937, when value investing pioneer Benjamin Graham began organizing regular meetings of local security analysts. Throughout its history, the society has remained a volunteer-led, member-driven forum for the investment community with the broad, basic aims of: establishing and maintaining a high standard of professional ethics, improving analytical techniques, supporting the interchange of ideas and information among analysts, and promoting a proper public understanding of the function of security analysis and the operation of the securities markets.