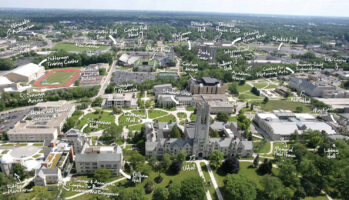 November 1, 2021 – Universities continue to turn to executive search firms to find new athletic directors. Raleigh, NC-based Collegiate Sports Associates (CSA), which specializes in athletic director and head coach hirings, has been called in by the University of Toledo to find its next athletic director. Retiring AD Mike O’Brien will serve in his post until his last day April 30, 2022. During Mr. O’Brien’s tenure, which began in January 2002, Toledo has won or shared 36 MAC championships in nine different sports.

The 10-person search committee features university employees, local business leaders, and alumni. Douglas Huffner, UT’s associate vice president for risk management and chief risk officer, is chairing the committee. “Our committee represents UToledo’s campus community ranging from a student’s perspective to faculty, staff, alumni and donors,” Mr. Huffner said. “I am confident our experiences and expertise we bring to the table will help us find the next great leader for the Rocket athletic program, one of the best in the MAC and one of the top mid-major athletic programs in the nation.”

“Under Mike O’Brien’s leadership, Rocket Athletics has developed a reputation for excellence in the classroom and on the field,” said Gregory Postel, president of University of Toledo. “We must maintain this momentum and build upon our history of success. We are looking for a leader that shares Rocket Nation’s enthusiasm, as well as a commitment to our institutional values including student-centeredness and diversity.”

CSA founder and president Todd Turner has over 30 years of experience in intercollegiate athletics, 21 of which were as the athletics director at four major Division I FBS/BCS institutions.