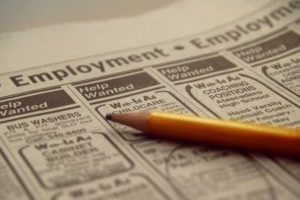 March 8, 2019 – Employers added only 20,000 jobs last month as the U.S. unemployment rate dropped to 3.8 percent, according to the most recent U.S. Bureau of Labor Statistics report released this morning. Wall Street analysts had expected an increase of about 165,000. The January gain is the 101st consecutive month of job growth. The number of unemployed people currently stands at 6.2 million.

This marked the first February since 2011 that the initial reading on payrolls missed the median estimate of economists. The 20,000 gain was the lowest since September 2017, a month marked by the impact of several major hurricanes.

“I’ve been in this business over 40 years, and February always presents kind of a pause,” said William H. Stoller, chairman and CEO of Express Employment Professionals, told the New York Times. He compared it to taking a breath during a marathon run, before a second wind kicks in. “I don’t see it hitting the wall at all at this point,” he said.

Related: How to Win the War for Talent

U.S. businesses are expecting hiring to pick up this year, with 40 percent of employers planning to add full-time employees and 47 percent looking to recruit part-time workers, according to a newly released report by CareerBuilder. Those numbers are on par with last year’s report, which forecast 44 percent and 51 percent increases, respectively.

There is demand for full-time workers. Some 50 percent of human resource managers said they currently have open positions for which they cannot find qualified candidates. Yet there are candidates at the ready. Across all skills levels, 32 percent of workers said they are looking to change jobs in 2019. When asked why they left their last job, employees cited low compensation or a lack of benefits (15 percent) and poor company culture (10 percent).

“While today’s numbers continue to show low unemployment, organizations remain hindered by a lack of qualified talent, brought on by a shortage of skilled labor,” said Rebecca Henderson, CEO of Randstad Sourceright. “Recent policy changes that restrict visas to immigrants with specialized skills, combined with an aging workforce, the retirement of baby boomers and declining birth rates, are perpetuating the shortage.”

“Government initiatives that boost workforce development and expand apprenticeships programs are critical to keeping U.S. workers competitive in the global economy,” she added. “The private sector also needs to prioritize training and upskilling the workers they have instead of hoping to fill skills gaps from outside in this already tight labor market.”

“The employment outlook is positive with 40 percent of employers looking to hire full-time, permanent employees,” said Irina Novoselsky, CEO of CareerBuilder. “While a skills gap has created an environment where employers are having trouble finding qualified talent, employees’ and companies’ mutual dedication towards competency-based training indicates we have made leaps and bounds toward eliminating these obstacles; we’ve found that 59 percent of employers plan to train and hire workers who may not be 100 percent qualified but have potential.”

Another report by ManpowerGroup found that 23 percent of employers planning to add staff this quarter. Employers in all U.S. regions and industry sectors said they are looking for headcount to grow. The upbeat forecast indicates that the uncertain political climate continues to have little effect on employer confidence. Of the more than 11,500 U.S. employers surveyed, 71 percent said they expected to maintain their headcounts, with just five percent forecasting workforce reductions.

“Despite the roller coaster in the market over the past few months, we saw a tremendous uptick in demand for talent in 2018 and all of our key indicators point toward that continuing in 2019 and even beyond,” said Mike Silverstein, managing partner of healthcare IT and life sciences at Direct Recruiters Inc. “The economy is continuing to experience a metamorphosis driven by technology and the desire to attack societal challenges using tools that have not previously existed.”

Correlations Between Executive Search and Sustainability