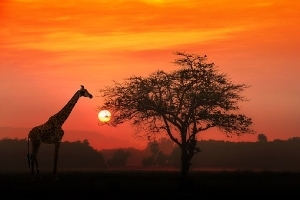 April 12, 2018 – Many companies with global strategies have been looking to Africa recently as the new frontier for business.  Improved political environments, above average growth and the rich opportunities waiting in a continent that essentially has to start everything from scratch are raising considerable interest.

“SSA is hardly the Wild West, but it is definitely an environment where everything gets done from scratch,” said Justin Mills, managing director of Cornerstone London. “This contributes to mesmerizing profit opportunities which have moved SSA from being the eighth most interesting place to invest to the second, in just three years.”

A Wealth of Opportunities

Cornerstone London is a member of Cornerstone International Group, a global executive search and leadership development firm with member offices in 35 countries.

Mr. Mills pointed to a range of opportunities in the region, including internet-enabled mobile banking. “A surge in mobile phone usage and an unbanked population of 66 percent in SSA are the makings of an unusually lucrative market,” he said.

But frontier markets have downsides, including higher rates of risk than in developed countries. Yet this is hardly the biggest challenge. “By far the largest problem is the shortage of local talent,” said Mr. Mills. “At the upper end, the shortage of managerial expertise creates huge competition for talent and commands salaries for managers even larger than those in developed countries.”

All this poses a major challenge, said Mr. Mills. “At the heart of winning against corruption is building trust, reducing risk and finding the right people to lead and deliver on the ground,” he said. “Overcoming the talent shortage and being able to engage the right people ‘out of the box’ calls for deep and broad networks and the trust of high quality people willing to consider moving to a more volatile environment.”

Executive Search Firms Continue Migration to South Africa
The economy of Africa consists of trade, industry, finance, construction and agriculture. According to recruiters expanding in the region, business is booming, and as a result a number of search firms have continued their migration to the continent.

This is a challenge, Mr. Mills said, that his firm has accepted with eyes wide open. Indications thus far have been good. “It’s an exciting challenge and the signs are positive, with significant general action to improve governance and regulation and adopt institutional and business friendly measures,” he said. “Ghana, for instance, recently announced that a business there can now be opened online within 48 hours.”

Other recruitment organizations have been paying close attention to Africa as well. Last month, international consulting and search firm ALSpective Group expanded on the African continent with the addition of Helmi Brinis as managing partner and advisor in Tunisia.

Mr. Brinis, who has more than 20 years of experience in major Tunisian and international groups, has focused on searches within financial management and human resources. “My ambition for the group is to deploy our know-how on a country, Tunisia, which we know well and a continent, Africa, with many perspectives,” said Mr. Brinis.

Earlier this year, N2Growth, a King of Prussia, PA-based management consulting and executive search firm, acquired an interest in the Landelahni Group, an executive search and leadership development firm based in South Africa.

Sandra Burmeister, CEO and co-founder of Landelahni, now serves as N2Growth’s regional president covering Africa. Founded in 1996, Landelahni is one of the largest and most successful diversified professional services firms in Africa. It has additional offices in Kenya and Nigeria.

Landelahni now operates as N2Growth Africa but preserves Landelahni’s Broad-Based Black Economic Empowerment (BBBEE) Level 1 status as a black-owned African firm, which makes N2Growth the only major multinational professional services firm to hold this status. “Perhaps the most critical aspect of this deal is its structure,” said Mr. Myatt, chairman of N2Growth.

Ms. Burmeister said that she and his team were excited to have found a global partner that mirrors their culture and values. “The synergies between both businesses were so clear from the outset that it was a natural evolution for Landelahni to merge with N2Growth,” she said. “Many firms come to Africa with a buyer’s mindset, and what we truly appreciated about N2Growth is their nuanced understanding of how to blend geo-politics and business acumen to bring their formidable global presence to Africa in a way that truly benefits local ownership and local markets.”

Meanwhile, Kennedy Executive Search & Consulting, a network of independent executive search firms, also recently expanded into South Africa with the addition of Evolve Executive Search in Johannesburg. This was Kennedy’s first African partner for the network.

Evolve, which was founded in 2011, executes high-end search assignments throughout South Africa and more than 20 countries in sub-Saharan Africa. Its clients include those in mining, metals, oil & petroleum, infrastructure, energy, construction and industrial services, as well as financial services and TMT (technology, media and telecoms). The team is noted for appointing gender diverse candidates and historically disadvantaged South Africans and local talent to drive pan-African market penetration and expansion efforts.

Jorg Stegemann, CEO of Kennedy Executive, said that with the extensive growth of the population in Africa, the network felt it critical to have a strong partner there. “Statistics show that by 2050, the population of the African continent will exceed that of China and India together,” he said. “As a global network we need presence in a part of the world that is so rapidly growing and evolving into a politically and economically more stable market with a greater sense of governance and competence. Evolve is the perfect partner for this and we are thrilled to be able to set foot on African soil with them.”