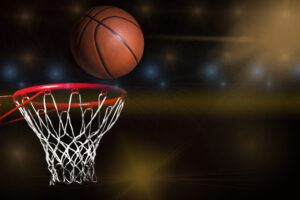 “It’s not often you get to work on such an iconic basketball, cultural and lifestyle brand as SLAM,” said Mr. Alessandri. “Being able to partner with JDS Sports’ Peter Robert Casey and Matt Aronson and SLAM for their new CEO, Les Green, was incredibly rewarding and resulted in an outstanding hire. Les’ background at Nike, coupled with his passion, leadership and overall experience at the intersection of basketball and culture made him an ideal choice to lead this brand into their next wave of global growth.” It’s just the perfect timing, Mr. Green told Boardroom. “And to be frank, any timing for this role would have been perfect for me. Hoop has always been my life, and SLAM’s point of view has always been something that I admired. So, the opportunity to come in and steer the ship as we evolve into a modern media company is just unbelievable.”

The new CEO’s background is not one of producing magazines, per se, but his arrival does signal a more modern approach for basketball’s definitive print publication. After a prolific, decade-long run as a brand director at Nike and a year as the vice president of marketing at socially driven E-commerce company Teespring, Green is on to his next legacy brand, said TurnkeyZRG.

“Mr. Green is tasked with the continued evolution of a publication that has always prided itself on being ahead of the curve,” said the search firm. Mr. Page founded the magazine in 1994, introducing SLAM as the “In Your Face Basketball Magazine” — a melding of basketball and hip-hop culture that became a groundbreaking monthly not just for basketball fans, but the magazine industry.

As SLAM stepped into the digital age in the past decade, commerce and social media became more prevalent as print waned into the realm of special attraction. “In that sense, Mr. Green is a perfect fit to continue that evolution, taking SLAM from a subscription-based publication to a modern media brand that can not only inform its consumers and show them something they haven’t seen before, but go as far as dressing them and entertaining them with live events,” said TurnkeyZRG.

Founded in 1994 as a magazine, SLAM has grown into a global lifestyle brand and multimedia property with 20-plus social channels, a burgeoning merchandise division and multiple franchise events annually. With over 16 million engaged followers across the globe, SLAM and its channels reach fans of the NBA, WNBA, college and high school, and the worlds of fashion, sneakers, gaming and more in a unique and trusted voice.

Collectively, the members of TurnkeyZRG have placed coaches and athletics directors at many Pac-12 universities, including Arizona, Cal, UCLA, USC, Utah, Washington, and Washington State. Late last year, TurnkeyZRG helped the ACC hire its next commissioner, James J. Phillips, the Combe Family vice president for athletics and recreation at Northwestern University. TurnkeyZRG spoke with stakeholders across the ACC in developing the job description, and assembled a diverse array of candidates across sports, education, business, and government.

Mr. Alessandri has more than 30 years of experience in the executive search industry. He oversees talent recruitment/executive search for media, digital and tech companies, as well as for non-media entities including leagues, teams, venues, events, and tours looking to build their in-house content creation and production capabilities. Mr. Alessandri joined TurnkeyZRG in 2018 to help launch and grow Turnkey’s media and tech search division. He has led searches for DAZN’s Chief Communications Officer and Vice President, Media, Major League Rugby’s Commissioner, and C360 Live’s CEO to name a few.