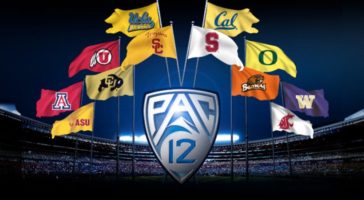 May 17, 2021 – TurnkeyZRG has assisted the Pac-12 Conference in the recruitment of sports business executive George Kliavkoff as its next commissioner. The Pac-12 announced on Jan. 20 that its governing executive committee, its presidents, and commissioner Larry Scott mutually agreed that Mr. Scott would not seek a new contract following an 11-year tenure. On the way to the selection of Mr. Kliavkoff, TurnkeyZRG and the search committee considered a global pool of more than 200 candidates for the job, including traditional college sports, entertainment and media executives.

“At each step of his career, George has navigated complex, quickly changing environments and has been a successful consensus builder,” said University of Oregon president Michael H. Schill, chair of the five-member search committee. “George is a visionary leader with an extraordinary background as a pioneering sports, entertainment and digital media executive, and we are delighted and honored that he has agreed to become our next Pac-12 commissioner. He is the new prototype for a sports commissioner.”

“While George has deep sports experience, his biggest asset is his ability to listen, connect with diverse groups, find common ground, collaborate and navigate an evolving landscape,” Mr. Schill said. “We believe George’s overall skills and experience will become even more prevalent in college sports leadership.”

Mr. Kliavkoff brings deep expertise and leadership in live sports and entertainment, fan experience, content creation and distribution, and navigating complicated environments. He comes to the Pac-12 from MGM Resorts International, where he was president of entertainment and sports.

During his tenure there, Mr. Kliavkoff managed one of the largest live entertainment and sports businesses in the world and oversaw the company’s sponsorship spend with professional and college sports leagues, conferences—including the Pac-12 Men’s and Women’s Basketball Tournaments and the Pac-12 Football Championship Game—and teams. Additionally, he led the company’s global sponsorship sales efforts and sat on the board of BetMGM, one of the three largest U.S. sports betting companies. A proponent of women’s sports, Mr. Kliavkoff served as a member of the board of governors of the WNBA and managed the Las Vegas Aces WNBA franchise prior to selling the team earlier this year to Las Vegas Raiders owner Mark Davis.

In the media and entertainment space, Mr. Kliavkoff co-led the largest and most profitable division at Hearst Entertainment & Syndication, overseeing Hearst’s interests in cable television networks, including ESPN, A&E, Lifetime and HISTORY. He was also the first chief digital officer at NBCUniversal, where he set corporate digital media strategy and developed new business models and markets. At NBCU, Mr. Kliavkoff partnered with News Corp. to incubate and launch Hulu, which became a top five U.S. video site within six months of launch. He served as the interim CEO of Hulu until the first full-time CEO was hired, and he served on the joint venture’s board.

“This is a challenging time for intercollegiate athletics, but I believe these challenges also create significant opportunities,” Mr. Kliavkoff said. “I loved being a student-athlete, and I’m passionate about the doors that college sports and higher education open for young women and men. My job at the Pac-12 will be to help manage the balance between continued academic excellence, student-athlete well-being and an even higher level of athletic achievement.”

In the coming weeks and months, Mr. Kliavkoff said he will meet with the athletic directors, coaches from a wide variety of men’s and women’s sports, faculty athletic representatives, and a diverse set of student-athletes to learn more about the conference and begin building relationships at each of the Pac-12 institutions.

“The athletic directors in the Pac-12 look forward to working with George and supporting his success,” said Bernard Muir, director of athletics at Stanford University. “As a student-athlete himself, George understands the challenges at all levels, including first and foremost from the student-athlete perspective.”

The ACC conducted a comprehensive, inclusive nationwide search process facilitated by TurnkeyZRG. The firm spoke with stakeholders across the ACC in developing the job description, and assembled a diverse array of candidates across sports, education, business and government.

“Jim is one of the most talented athletic administrators in the country and uniquely qualified to successfully and seamlessly take over the helm of the ACC,” says ACC Board Chair Kent Syverud (Syracuse University). “Over the course of nearly 13 years, Jim has elevated and cemented Northwestern’s position as an outstanding Power 5 athletics program. Northwestern’s ascension in the world of intercollegiate athletics is a testament to Jim’s vision, leadership and foundational dedication to the success of student athletes. The ACC is fortunate to have someone of Jim’s caliber and integrity lead the conference at this pivotal moment in intercollegiate athletics.”

Collectively, the members of TurnkeyZRG have placed coaches and athletics directors at many Pac-12 universities, including Arizona, Cal, UCLA, USC, Utah, Washington, and Washington State. In December, TurnkeyZRG completed the ACC search, helping the ACC hire its next commissioner, James J. Phillips, the Combe Family vice president for athletics and recreation at Northwestern University. TurnkeyZRG spoke with stakeholders across the ACC in developing the job description, and assembled a diverse array of candidates across sports, education, business and government.