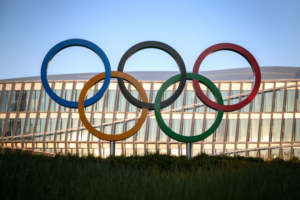 April 28, 2021 – TurnkeyZRG recently assisted the United States Olympic & Paralympic Committee (USOPC) in the recruitment of Kate Hartman as its chief communications officer. Allie Crone led the assignment. Ms. Hartman will lead USOPC communications initiatives, reporting to Katie Bynum, chief strategy and growth officer, and working closely with USOPC CEO Sarah Hirshland to integrate stakeholder engagement and maximize support of Team USA. “Working with the USOPC and the Olympic Movement has been an honor,” said Ms. Crone. “The USOPC is the highest and best form of teamwork, collaboration and integrity. They stand for the very highest ideals and it’s been an honor teaming up with them.”

Ms. Hartman brings more than 18 years of experience to the USOPC. Most recently she served as vice president of strategic communications, North America for the Coca-Cola Co.  In this role, Ms. Hartman oversaw all internal and external communications for the company’s flagship market, including brand and business, crisis and reputation, and employee and leadership. She has also worked within the sport world and has extensive international and U.S. experience leading the communications strategy, management and implementation for Coca-Cola’s activation of Olympic Games London 2012, Sochi 2014 and Rio 2016, as well as the 2014 FIFA World Cup and Special Olympics 2015 and 2017 World Games.

Founded in 1894, the USOPC serves as both the National Olympic Committee and National Paralympic Committee for the United States. It is focused on protecting, supporting and empowering America’s athletes, and is responsible for fielding U.S. teams for the Olympic, Paralympic, Youth Olympic, Pan American and Parapan American games, and serving as the steward of the Olympic and Paralympic movements in the U.S. The USOPC is driven by its mission to “empower Team USA athletes to achieve sustained competitive excellence and well-being.”

Ms. Crone joined Turnkey Search in 2018 and has been promoted twice, currently serving as vice president, leading the firm’s marketing, communications, analytics, community, and game presentation practice. While at Turnkey, she has led dozens of executive-level searches including chief marketing officer of the San Francisco 49ers, chief marketing officer of the Carolina Panthers, and Senior vice president of live entertainment and game presentation for the Seattle Kraken. Ms. Crone is responsible for running the entirety of a search process including pitching clients, building potential candidate lists, evaluating talent, aiding in the client interview process and the negotiation of offers.

Earlier this year, ZRG made a major move into the sports, entertainment and media sectors by acquiring Turnkey Search. Renamed TurnkeyZRG, all Turnkey staff and assets have now merged into ZRG and the firm continues to be led by Len Perna, the founder, chairman, and CEO of the sports recruiting franchise. Turnkey is adopting ZRG’s tech-enabled, data-driven approach to the search process which it says will give the newly merged firm a competitive edge in the hunt for sports, media and entertainment talent. Larry Hartmann, CEO of ZRG, called the deal a “blockbuster acquisition.”