Stay Connected:
With the NBA set to restart after its season was halted by the COVID-19 pandemic, Len Perna and his team have recruited former Roc Nation executive to lead all business operations for the surging Detroit Pistons. Let’s go inside this important search. 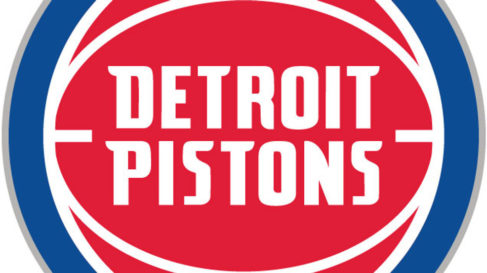 June 30, 2020 – Turnkey Search, a subsidiary of Turnkey Sports & Entertainment, has assisted the Detroit Pistons in the recruitment of former Roc Nation executive Mike Zavodsky as its new chief business officer. The role is a new position for the professional basketball organization. Mr. Zavodsky begins work with the NBA team on Wednesday. He will report to Pistons vice chair Arn Tellem.

Prior to Roc Nation, Mr. Zavodsky spent 14 years at BSE Global before leaving as chief revenue officer. He earned his bachelor’s degree in marketing and psychology from Quinnipiac University in Connecticut. In 2016, he was named one of Sports Business Journal’s “Forty Under 40,” celebrating the sports industry’s best young executives.

The hire is the second major personnel move this week for the Pistons, who hired GM Troy Weaver on Monday.

“In March the pandemic forced the sports industry to basically shut down,” said Turnkey Search chairman Len Perna. “The industry hit pause on hiring. The Pistons showed guts and confidence, pressing ahead with key hires in unprecedented times. Video interviews were effective. That’s a super gutsy move, landing two top executives, and it shows where this organization is headed.”

Mr. Zavodsky will be tasked with leading all existing non-basketball operations, with the strategic directive to elevate, optimize and leverage all Pistons assets synergistically to aggressively grow revenue, expand PS&E’s brand presence, and forge a symbiotic relationship with the Greater Detroit community and basketball fans around the world.

In charge of the organization’s business operations P&L, Mr. Zavodsky will be charged with developing a forward-thinking, forward-looking business plan that delivers strong revenue growth across all lines of business– tickets, luxury and premium suites, media, new media and marketing partnerships.

“Continuing to develop a world class sales and marketing team will just be the start,” said Mr. Perna. “Understanding the triggers that drive people to become consumers, incentivizing sales, and building the proper pricing and product bundling strategies will be the strategic efforts that lead to success. Innovative thinking combined with an acute understanding of the marketplace and the community will be also be key factors to achieving growth in consumer-centric and corporate-centric business lines.”

Among the qualifications for the role, the Detroit Pistons wanted someone with upwards of 15 years of experience in sports, entertainment and/or media, or combination thereof, driving high performance growth teams in dynamic, evolving business settings. They also wanted a proven revenue generator able to optimize existing assets and build upon best practices to enhance the bottom line as well as a confident, articulate communicator with an engaging personal style and an ego firmly in check.

Turnkey Search placed Juwan Howard as the men’s head basketball coach for the University of Michigan, a plum assignment. He is a former Wolverine All-American and NBA All-Star. The appointment of Mr. Howard follows a comprehensive national search led by Turnkey managing director Gene DeFilippo. “A basketball head coaching search is intense,” said Turnkey chairman Len Perna. “Within 24 hours Gene had canvassed the entire pro and college basketball landscape, spoken to more than two dozen coaches and their agents, and had all the key facts.”

“The Detroit Pistons are an iconic NBA team that recently moved back into downtown Detroit,” said Mr. Perna. “Detroit itself is really buzzing as a comeback city with tons of companies, including tech companies like Google and others, and many young people moving back into the city.”

“The energy in Detroit is back and a big reason is the Pistons coming back,” he said. “The Pistons built a brand new performance center in Detroit as their new headquarters and it’s the best one in the NBA. Absolutely cutting edge. And the team plays in a brand new billion dollar arena called Little Caesars Arena. So who wouldn’t want to be a part of this rebirth? It’s a dream job.”

Mr. Perna manages all aspects of Turnkey Search. A top executive in the sports industry since 1985, he began his sports career as a business attorney for Cap Cities ABC/ESPN and also served as a top executive for the Detroit Red Wings/Tigers and the Dallas Stars/Texas Rangers.