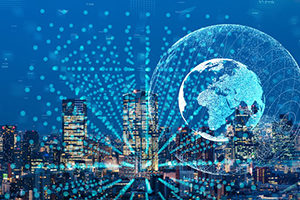 “Hunt Consolidated is one of the leading private companies in the country, with a strong company culture and established operations around the world,” said TillmanCarlson’s founder, Rob Tillman. “Diane brings a deep background in driving change, building outstanding teams and driving digital innovation, and her experience in a large, global business at Textron prepares her to hit the ground running. We were extremely pleased to partner with the leadership team at Hunt Consolidated on this important search, and Diane is well prepared to be an outstanding leader there.”

Ms. Schwarz is a senior IT Executive with more than 20 years of experience building and leading enterprise IT teams. She has expertise in core IT disciplines with SAP/ERP, strategic planning, staff development and business results.  In her five years as CIO for Textron, Ms. Schwarz was credited with transforming the culture within information technology for the $14 billion global industrial company.

CIO: Your Company’s Most Strategic C-Suite Hire
The CIO is considered among the most strategic roles in any organization. Executive search consultants who specialize in recruiting for the position say that the best CIOs can dramatically differentiate a company in the market, while a poorly performing one can be an organization’s weakest link.

Hunt Consolidated is one of the largest privately held companies in the U.S. The different Hunt companies’ areas of activity include oil and gas exploration and production, refining, LNG, power, real estate, investments, ranching and infrastructure.

TillmanCarlson is an executive search and coaching firm led by its founders. Since launching the organization in 2002, Mr. Tillman and Kelly Carlson have conducted upwards of 350 searches and coached hundreds of leaders. Based in Chicago, the firm specializes in recruiting and coaching CEOs, CFOs and CIOs.

Why Chief Digital Officers Now Reign Supreme
As data becomes increasingly critical to corporate decision-making, the chief digital officer now reigns supreme. For recruiters, this has heightened the need for digital candidates with a much deeper grasp of the overall business environment and a greater repertoire of skills than ever before.

This spring, the firm placed another top CIO with the recruitment of Tony Buttrick for Wintrust Financial Corp. in Chicago. Mr. Buttrick previously served as CIO of Flagstar Bank for three years preceded by 10 years with Bank of America. “Wintrust is one of the most successful regional banks in the country, built on the strength of its community bank strategy and the quality and tenure of its management team,” said Mr. Tillman. “Tony brings extensive experience in larger bank environments combined with the leadership style and values well suited to join the team and prepare Wintrust for continued growth. We’re extremely pleased with the outcome and proud to have been selected to partner with Wintrust on this important search.”

At the start of the year the firm also made a leadership transition. TillmanCarlson named Ms. Carlson as its president and CEO. Her promotion sets the stage for growth, innovation and the ability to provide a clear alternative to larger human capital groups, said the firm. Ms. Carlson joined Mr. Tillman a year after the search firm was founded after having worked with him in her previous role for Russell Reynolds Associates. For eight years, she was in Russell Reynolds’ Chicago office as member of its technology practice.

Check Out These Related Articles On Chief Digital and Information Officer Searches: