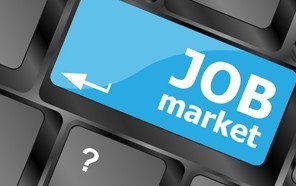 June 24, 2015 – CFOs in the U.S. are more confident now than they have been in years about hiring trends, according to the quarterly CFO Outlook Survey conducted by Financial Executives International and Baruch College’s Zicklin School of Business. Survey responses indicate CFOs are gearing up to increase hiring activity in the coming months.

“A majority of CFOs have been consistently projecting hiring increases since the end of 2009,” said Hunt Scanlon Media CEO Scott A. Scanlon. “Their vision is about to become reality.” CFOs’ optimism towards the global economy also increased. The survey found 67 percent of respondents indicated they have plans to hire at their company in the next six months, representing the highest percentage of CFOs to respond positively to this question in three years.

The survey also found 77 percent of CFOs were not forced to reduce headcount over the past 12 months. Furthermore, 74 percent of respondents said wage levels they are paying are on the rise.

“Our most recent survey revealed a number of positive trends in terms of hiring at all levels,” said Linda Allen, professor of economics and finance for the Zicklin School of Business at Baruch College. “CFOs with intent to hire over the next six months are seeking mid-career professionals (53.8 percent), entry-level university graduates or interns (48.3 percent), and experienced skilled technical workers (46.9 percent). If such expectations materialize, there may be a reduction in the overhang of long-term unemployed and underemployed, as well as absorption of the new class of graduates joining the job market.”

The survey also revealed an increase in CFOs’ optimism towards the global economy, which climbed to 57.69 on the survey’s index, up from 53.19 in February and a level not seen since the second quarter of 2011. The survey’s quarterly optimism index for the U.S. economy edged down to 68.14 from 70.71 in February, but remains almost four points higher from 64.17 a year ago. The optimism index for U.S. CFOs’ own businesses increased to 74.01 in this quarter’s survey, the highest reported since 2006.

Scott W. Simmons, a managing director with Crist|Kolder Associates, a C-level recruitment specialist devoted to identifying CFOs and related financial officer roles, said that his firm’s CFO client base has been forecasting a hiring onslaught for some time. “We’ve been told the second half of 2015 is when to expect an acceleration in hiring,” said Mr. Simmons. “Everyone does indeed seem optimistic about the direction of the U.S. economy and about jobs in general.” Mr. Simmons said that despite concerns about global issues, CFOs are approaching the next six month period with “increased optimism” in the economy and their businesses.

The electronic CFO Outlook Survey included responses from 217 corporate CFOs from the U.S. and was conducted from May 7 to June 3, 2015.