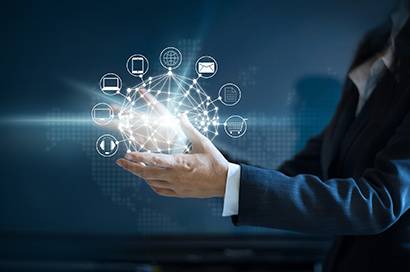 November 17, 2017 – The potential for job losses due to advances in technology is not a new concern among the global workforce. But over the past few years, fears of technology-driven job losses have emerged with advances in “smart automation” – the combination of artificial intelligence (AI), robotics and other digital technologies.

The impact of innovation is already visible in driverless cars and trucks, intelligent virtual assistants like Siri, Alexa and Cortana and Japanese healthcare robots. But there’s a twist coming. Add that to other trends such as the persistent skills gap and the rise of the “gig economy” and talent management professionals have a lot to think about.

At the eighth-annual Talent Connect in Nashville, LinkedIn CEO Jeff Weiner shared his views on the most important trends impacting the global workforce, according to a recent article in LinkedIn’s Learning Blog by Paul Petrone, marketing manager at LinkedIn.

“There are really three themes that are worth calling out,” Mr. Weiner said. “AI and automation, the skills gap and the rise of independent work.”

Those trends will transform the way employers hire, develop and retain talent. And it’s important for all professionals and companies to prepare for the changes that are underway to maximize the potential of the global workforce, Mr. Weiner said.

Chief Learning Officer Wanted at CIGNA. Cigna is one of the world’s largest investor-owned global health service companies with international operations in 30 countries. Cigna is seeking a Chief Learning Officer to oversee system-wide development and on-going management of its Talent Management and Learning strategies, initiatives, policies and practices, and programs. Apply Now!

Here’s a deeper dive into each of the trends:

“Many people believe that artificial intelligence has the ability to automate millions of jobs – eventually,” said Mr. Petrone. “But Weiner shared a revealing stat: Using merely the technology that exists today, over 50 percent of the activities in the U.S. economy are susceptible to automation.”

Naturally, that percentage will only continue to increase as technologies advance.

Middle-skill jobs in industries like manufacturing, hospitality, food services and retail trade are most prone to disruption, Mr. Weiner said. He gave the example of Shake Shack. Just recently, the hamburger chain announced it is going cashless and replacing cashiers with kiosks, a clear example of technology displacing workers.

A survey from CareerBuilder recently showed that 72 percent of employers expect some roles within talent acquisition and human capital management to become completely automated within the next 10 years. The study shows that most of the automation is centered around messaging, benefits and compensation, but there’s room to increase efficiencies across a variety of basic functions….Here’s some further reading from Hunt Scanlon Media.

Will Talent Acquisition Roles Be Eliminated Over the Next Decade?
While technology will never be able to fully replace people in the workplace, it will likely take over certain functions on talent acquisition and management teams.

Right now in the U.S., more than six million jobs are unfilled – the highest number since the Department of Labor started tracking the statistic. And yet, 7.1 million people are unemployed in America and 13.9 million are seeking more work, according to the most recent unemployment report.

One major reason is the skills gap. But one point that Mr. Weiner highlighted is that there isn’t just one skills gap. Instead, there are many skills gaps that exist across regions, for specific skills, at specific points in time.

For example, right now Detroit-based car companies like Ford and GM are incorporating more and more software into their cars. And yet, the talent base in Michigan is historically manufacturing-rich, creating a skills gap in Detroit for software engineers, he said.

Senior Director Talent, Culture & Engagement Wanted at Fitbit. Reporting to the VP of Global Human Resources, this NEW role is responsible for the creation of Fitbit’s innovative approach to people, culture, and employee engagement strategy and delivery to its global organization. Apply Now!

The third big trend that will shape the global workforce is the rise of the independent worker, defined as freelancers, short-term contractors and gig economy workers. In the U.S. alone, there are 60 million independent workers, and that number should continue to increase.

Why? There are three reasons, according to Mr. Weiner:

Why Companies Remain Indifferent to Millennials In the Workplace
A Millennial dominated workplace will soon be a reality, yet most companies are taking a neutral, non-competitive approach to attracting and retaining this massive workforce.

All of this means fewer full-time, traditional employees and more independent workers potentially working for several companies at once. “We believe this is an irreversible secular trend,” Mr. Weiner said.

How can individuals and organizations prepare for these sweeping changes? Theories abound, but Mr. Weiner said he prefers looking at hard evidence.

“When I’m in a meeting where people start throwing around subjective opinions, one of the first things I’ll do is ask for the data,” Mr. Weiner said. “And this where we think LinkedIn can make a difference.”

Specifically, he pointed to LinkedIn’s economic graph. By having a digital representation for each professional, skill, job, school and organization in the world, LinkedIn can provide the data that professionals need to move their career or their organization forward.

Say, for example, that you are a mechanic in Boise, ID looking for work. By using LinkedIn data and LinkedIn Learning, you can both identify and learn the skills you need to advance your career and find the best areas in the country to look for a job.

The bigger point is that the world is changing, fast. Only by combining your own instincts and talent insights can you and your organization best prepare for the world of work.

“Imagine a world where you have the data and you have the tools to anticipate what skills and talent you’ll need before you need them,” Mr. Weiner said. “Well, you won’t need to imagine any longer. Because the next era of talent is here: Talent Intelligence.”