Menu
View our Events
Stay Connected:
Anywhere from five million to 11 million young leaders have taken charge in the workforce, but many admit that they feel ill-prepared to lead effectively, says a new report by the Korn Ferry Institute. Here’s how companies can build better relationships with this demographic group and gain a competitive advantage along the way. 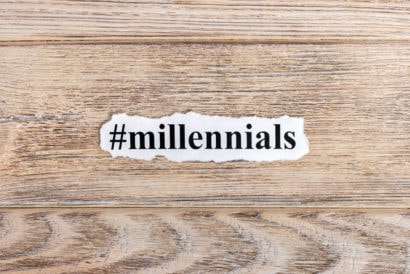 July 25, 2019 – Managing a team is challenging at the best of times. It’s a balancing act of meeting business goals while juggling a workplace full of different generations, all with their own set of wants and needs. But in offices around the world, there’s a growing number of leaders who are bright, talented, and most critically, young. Millennials — that massive cadre of 75 million Americans born between 1981 and 1996 (there are two billion Millennials worldwide) — already entered the workforce en masse years ago, and now they are rapidly becoming managers and even senior executives.

That shouldn’t be a surprise, says Chris Taylor, a contributor for the Korn Ferry Institute, in a recent study, “The Millennial Managers Have Arrived.”  The average age of a first-time manager in the U.S. is about 30, an age milestone that half the Millennial generation has now reached. One recent study found that 83 percent of U.S. employees have already seen Millennials managing boomers and Gen Xers in their offices. 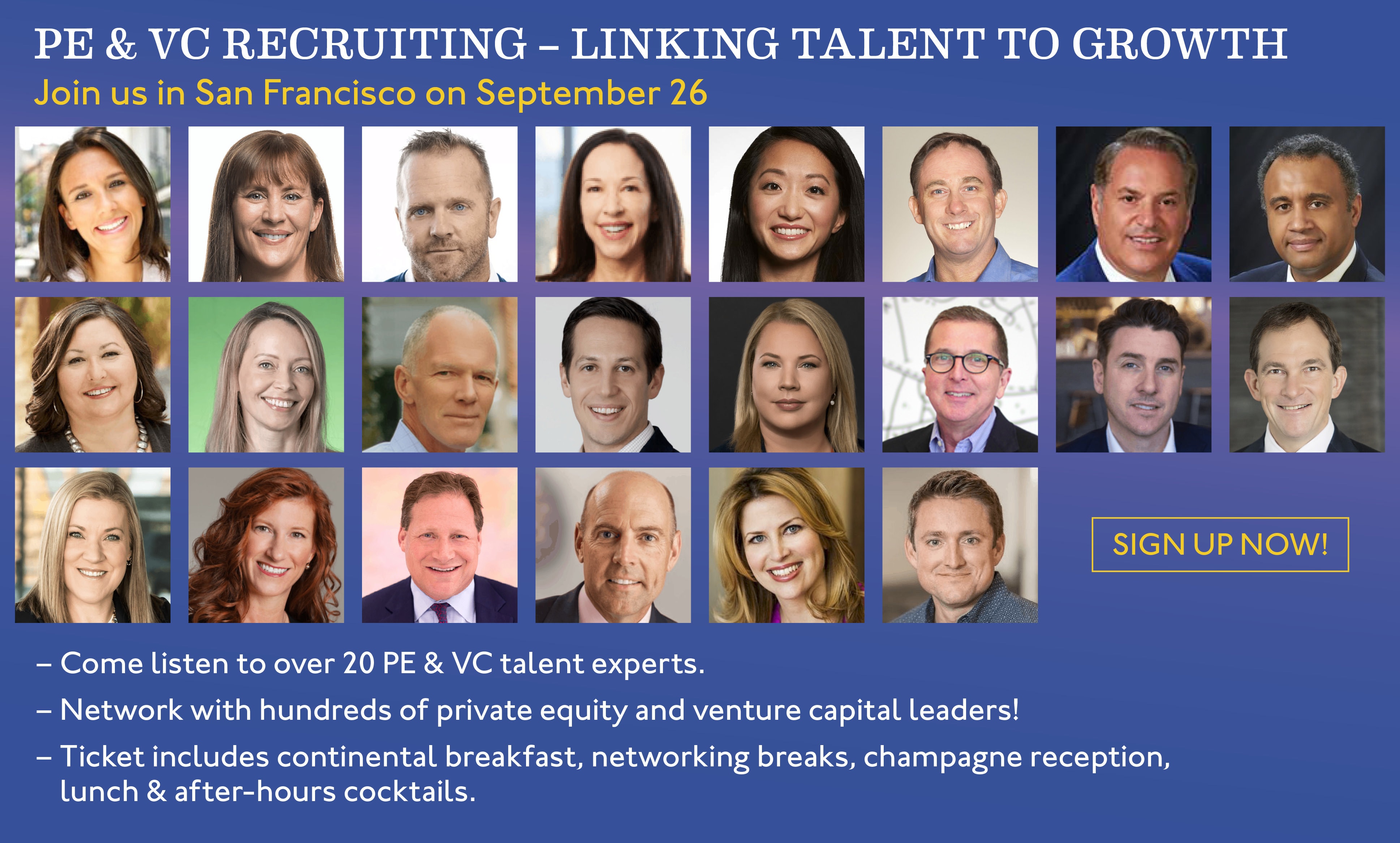 “But interview these newcomers to the boss title, and many will quietly express anxiety about moving into management,” said Mr. Taylor. “It isn’t about not wanting to lead — a majority of them do; rather, it’s about not getting the right training, or developing the right skills or emotional intelligence to lead effectively. Millennial managers face a challenge that their older predecessors haven’t faced in decades — how to balance their generation-­specific tendencies with the attributes of great leaders.”

There’s another related challenge for organizations, too: how to develop these young managers now so they grow into great C-suite executives a few years from now, said Mr. Taylor.

“Millennials are already the driving force in employment,” the author said. “In 2016, 54 million Millennials were either working or looking for work, making it the largest generation in the U.S. labor force for the first time. The group might not have taken over the C-suite yet (only two Fortune 500 companies have Millennial-aged CEOs), but they’ve made plenty of inroads in management levels throughout organizations.” As of last year, there were anywhere from 5 million to 11 million Millennials in management, business, or financial operations roles, according to the U.S. Department of Labor.

Yet Millennial managers are still trying to dispel the labels put upon them years ago by older generations, said Mr. Taylor. “The one particular mark that stands out is that Millennials feel an overwhelming sense of entitlement,” he said. “Millennials, or so the theory goes, want the keys to the kingdom immediately, even though they don’t have a large depth of experience or skill.”

According to one survey, the top two areas Millennials said their education failed to prepare them for was managing others and working with older people. It isn’t surprising that Millennials are charting their own leadership course. “For one thing, many Millennial managers are driven by a sense of purpose,” said Mr. Taylor. “In a study by American Express, 68 percent of Millennials said they want to make a positive difference in society and expect their company to do the same. Even more clear-cut, 81 percent said that you must have a higher purpose in order to be truly successful, and 78 percent want their firms to share their own values.”

But perhaps the biggest trait of Millennial managers is feedback — giving and receiving a lot of it. “Members of the generation have been hearing about performance from sports coaches, music instructors, after-school dance teachers, and a litany of others since they were born,” said Mr. Taylor. “They’ve always known where they stood, so it isn’t surprising, as at least one polling firm surmised recently, that Millennials are building that feedback loop with their subordinates.”

Millennials are struggling with a range of issues, said the Korn Ferry study. “Some of those boil down to a lack of experience, but not all of it,” said Mr. Taylor. “They are disdainful of the work of their predecessors.” More than 80 percent of Millennial bosses said prior leaders have done a poor job of addressing issues of gender and racial diversity in their workplaces, according to the Inc. survey.

Some assistance from their employers could help, but at least right now, many organizations don’t prioritize grooming Millennials as leaders, said Korn Ferry. To some degree, the shift has caught many off guard. According to the Harvard Business Review, the average age for leadership development training is up there in years—at 42.

Related: Why Companies Remain Indifferent to Millennials In the Workplace

It has taken some time, but companies are learning that Millennials require more attention, even before they are hired. In a candidate-driven labor market dominated by Millennials, the way companies treat applicants during the hiring process can greatly impact a job seeker’s decision to accept or reject an offer, according to a survey conducted by MRINetwork. Companies can gain a competitive edge by staying in touch every step of the way, a strategy talent acquisition experts are calling “conversational recruiting.”

Candidates may feel rejected or assume the employer is disinterested if they don’t hear back soon after applying, to the point where they may remove themselves from consideration or accept another offer. Millennial candidates, the survey found, are frustrated that the hiring process takes too long and that they don’t receive enough feedback from employers.

So how can employers build better relationships with Millennials? In a candidate-driven labor market dominated by this younger generation, the way companies treat applicants during the hiring process can greatly impact a job seeker’s decision to accept or reject an offer. One way companies can gain a competitive edge is by staying in touch every step of the way. It is a strategy called “conversational recruiting.”

Conversational recruiting is a “high-tech/high-touch” strategy that can foster better candidate-recruiter relationships and accelerate the pace of the hiring process, say talent acquisition professionals. According to the Society for Human Resource Management (SHRM), the key is clear, consistent and continuous communication across multiple channels, including social media, text messaging, instant messaging, video or chat platforms.

“You can use technology at every stage in the recruiting process,” said Amy Hunter Glaser, senior vice president at Adecco Staffing in Jacksonville, Fla. “While it doesn’t eliminate the need for human connections, it can help recruiters make better use of face-to-face time to build a more high-quality connection.”

Chatbots, in particular, are proving highly effective. “Whether it’s through e-mail, SMS [text] or a messaging app, using a chatbot is the best way to provide conversational recruiting at scale,” said Ji-A Min, a senior leadership consultant at Canadian Tire Corporation in Toronto, Canada and the former chief data scientist at Ideal Software, an artificial intelligence software recruitment company. “Realistically, there is no other way to provide real-time, on-demand messaging to hundreds or even thousands of candidates simultaneously without some type of chatbot technology.”

Ms. Min recommends that companies use customized chatbots to help with screening, scheduling, applicant tracking and other repetitive, administrative processes.

Meanwhile, Apple’s FaceTime, Google’s Hangouts and Microsoft’s Skype have helped make videoconferencing widespread. Companies can use this technology to reach more candidates and speed up hiring. While it doesn’t replace face-to-face interviews, it gives hiring managers and candidates an opportunity to interact directly with each other before deciding whether to make a greater investment of time, money and effort.

Texting can also be effective, said SHRM. Recruiters who text candidates throughout the hiring cycle are likely to find an attentive target audience. U.K.-based company Text Marketer found that texts had a 98 percent open rate while e-mails were opened only 20 percent of the time.

Related: Creating a Millennial Feedback Loop In the Workplace

Recruiters and hiring managers use text messaging to build relationships with candidates and keep them updated on the status of their application so that they remain engaged in the hiring process. Texting can be used in conjunction with e-mail and voice mail, rather than as a replacement, say recruiters.

Hiring managers can also use social media to source and attract active and passive Millennial candidates and to shorten recruiting time, said SHRM. In a recent LinkedIn survey on hiring trends, 91 percent of Millennials said they are open to hearing about new job opportunities and 68 percent reported feeling flattered when a recruiter reaches out to them. After speaking with a recruiter, job candidates typically start following the company on social media to learn more about its culture and values.

Since company culture can be a key selling point when recruiting, companies can showcase what it’s like to work there using social media, blogs, photographs, videos and employee profiles, among other ways.

Likewise, the careers webpage on a company’s website is the anchor of the hiring strategy. Regardless of whether prospective candidates learn about the company from a Google search, a job board, social media or networking, they almost always go to the company’s careers page to learn more about the organization and peruse its job openings.

A well-thought-out careers page is both a recruitment and a marketing tool, said SHRM. Marketing software company Hubspot’s careers page features a slide deck describing its mission, values and quirky culture; employee testimonials touting it as a great place to work; and employee-narrated videos.

Check Out These Related Articles on Millennials:

Working with Millennials: Easier Said Than Done  How to Accommodate Millennials as Workplace Demographics Shift Creating Succession Plans for Millennials