Menu
View our Events
Stay Connected:
You’re hired! We’re just not sure what your position is. A new Korn Ferry report finds that companies are hiring on the basis of skills vs. open positions. Let’s take a closer look. 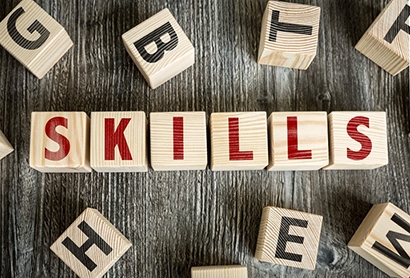 February 21, 2019 – Companies in a number of industries are facing a potential C-suite challenge – an alarming lack of qualiﬁed candidates to ﬁll roles that are likely to become vacant due to retirement and other factors in the next 10 to 15 years.

This breakneck speed of turnover in businesses is forcing talent acquisition professionals to look into their crystal ball while hiring for both near-term and future needs, according to a new global survey by Los Angeles-headquartered executive recruiter and leadership consultant Korn Ferry, the largest in the Americas as ranked by Hunt Scanlon Media.

The survey found that 57 percent of respondents have hired for a specific skill-set even if no role exists for the candidate. More than three quarters (77 percent) of the hiring managers said they are hiring for roles today that didn’t even exist a year ago.

“While technological advances are creating new roles in areas such as data analytics and artificial intelligence, other trends, such as an enhanced focus on the customer experience journey, are putting a premium on different skillsets,” said Jacob Zabkowicz, Korn Ferry vice president and general manager, RPO, North America. “Businesses increasingly understand that the rapid pace of change means that, to thrive in the future, they will need access to skills and expertise that don’t necessarily fit within existing job descriptions.”

Unfortunately, the speed of transformation has also meant that 67 percent of those surveyed said they have had to lay off people whose roles are no longer relevant to the organization’s direction.

According to the Korn Ferry survey, one approach to finding the right talent for emerging roles is to look within the existing employee base. Nearly two-thirds (61 percent) of the talent professionals said they invest more on upskilling existing talent than recruiting externally, and nearly half (47 percent) said they have formal retraining programs for workers whose jobs have evolved.

With Top-Level Vacancies Looming, Companies Turn More Proactive
Baby Boomer retirements and other factors threaten to disrupt many businesses in the next 10 to 15 years if replacement talent cannot be found, say recruiters. Preparation will be the key to meeting this challenge, reports DHR International’s Mike Magsig.

“With the labor market as tight as it has been in decades, it’s critical that employers look inside their own walls to find talented people who could be trained to meet the evolving needs of the organization, today and well into the future,” said Mr. Zabkowicz, who focuses on ways to increase our effectiveness, promote cutting edge technology, and leverage Korn Ferry and Korn Ferry Intellectual property where possible.

The Korn Ferry survey, which was conducted last month, drew 600 respondents. Here is a look at the questions and responses:

Check Out These Related Articles On Recruiting Challenges For 2019: