Stay Connected:
The role of chief diversity officer is expanding at universities. It has become one of the most important positions for shaping the vision, culture and very face of institutions of higher learning from coast to coast. Academic Search joins Hunt Scanlon Media to discuss the importance of chief diversity officers at universities and some of the challenges in recruiting them. 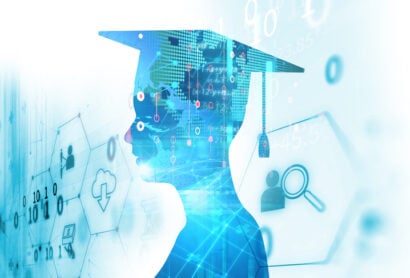 April 13, 2022 – DE&I leaders are a hot commodity, with at least 30 colleges and universities creating diversity, equity, and inclusion senior leadership positions. Requests for proposals for chief diversity officers and the like have been on the rise. There’s also been a greater emphasis on consideration of diversity, equity, and inclusion throughout the search process and the desire for candidates with a demonstrated commitment to DE&I and the capacity to work across diverse constituent groups, according to Jay Lemons and Carlos N. Medina of Academic Search.

But in the rush to be responsive to the voices urging greater attention on DE&I issues and roles, Damon Williams, University of Michigan chief catalyst for the Center for Strategic Diversity Leadership & Social Innovation, and his colleague, Katrina Wade-Golden, deputy chief diversity officer and director of implementation for the office of diversity, equity, and inclusion, worry that institutions as well as would-be job candidates may fail to appreciate the full scope of the diversity landscape that is emerging and the opportunities to be discovered there. The pair recently completed a study of the evolution of roles created to promote greater inclusion and diversity in higher education, which have transcended the early “student development specialists” or “affirmative action officers.”

“Candidates advancing into the chief diversity officer role in our experience come with a variety of backgrounds, experiences, and titles,” said Dr. Lemons. “When mining our networks for applications and nominations, we are mindful to explore a broad spectrum of individuals from human resource officers, student affairs and even academic affairs, among other divisions. For many, their official job descriptions and/ or position titles often do not reflect the work they have been doing in the DE&I space. We work with our search committees and hiring authorities to keep this in mind and help them to broaden their lens when developing the key criteria for the position and when evaluating candidate materials.”

“Because the ability to serve as a thought leader, advisor and effective communicator across all campus stakeholders is vital to this role, those with marketing, communications, or sales backgrounds may offer potential,” said Dr. Medina. “College and university athletic departments across the country are also rich in examples of individuals who are informal DE&I champions. As are the libraries — where the flame of ‘education available for all’ burns bright in many places.” 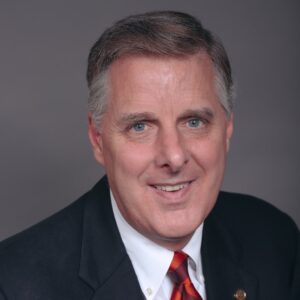 Dr. L. Jay Lemons became president of Academic Search in 2017, after serving for 25 years as a college president in both public and private higher education. A recognized leader in the academy, Dr. Lemons has been particularly devoted to supporting leadership talent by working with new college presidents on the faculty of the new presidents’ programs of the American Association of State Colleges and Universities (AASCU) and the Council of Independent Colleges (CIC) and through the professional development programs for aspiring leaders of the American Academic Leadership Institute (AALI).

The CDO role has moved beyond simply helping to develop strategies for hiring and enrolling in ways that more accurately reflect the whole of mankind, said Dr. Lemons. Close association and the ability to work effectively with general counsel and institutional communications, as well as student affairs, human resources, government and international relations, advancement, the academic senate, and other critical stakeholders also distinguish the most influential and successful of today’s diversity change agents, according to Mr. Williams and Ms. Wade-Golden.

“So does adeptness at grant writing, campus planning, and collaborating with faculty to introduce initiatives and incentives that promote not only cultural diversity on campus but also entrepreneurial and creative diversity in the curriculum,” said Dr. Medina. “It is no wonder that many who have sat in the CDO seat have equated the position to that of the presidency due to its complexity and scope throughout the university.”

Regardless of the background one might bring to the position, for the CDO to be truly successful, the new leader must be strategically and purposely positioned, and supported with the appropriate resources and funding, said Dr. Lemons. “Whether the line is fully drawn or dotted, today’s executive diversity officers should be connected to the president. Potential candidates want to know, especially in the instances of inaugural chief diversity officer positions that come about sometimes in response to an institutional crisis, that the role is not simply symbolic and will be given the proper authority and autonomy to create real and significant change on campus,” he noted.

Mr. Williams and Ms. Wade-Golden’s study indicates the role, fittingly, has become more multidimensional and multifaceted — deserving of a place “in line” of administrative progression alongside other vice presidents and colleagues in top leadership positions.

As mentioned previously, in many circumstances, one’s title does not tell the complete story, but we find that a title can also be a signal to potentially excellent candidates who may forgo an opportunity that does not come with executive-level credentials out of concern they will be veering “off track” for senior vice presidencies or presidencies.

“The CDO position has also eclipsed, in Williams and Wade-Golden’s view, the antiquated notion that DEI responsibilities are confined strictly to racial, gender, economic, and other social equity issues,” said Dr. Medina. “To say that a person is qualified simply because he or she is an African American and a tenured member of the faculty in art history, for example, is as inaccurate as rendering an Irish American with expertise in botany qualified to serve as the department chair for European studies or as the vice president for information technology,” said Mr. Williams and Ms. Wade-Golden. “The superordinate goals of providing leadership for diversity and guiding change must guide the selection of the candidate, or institutions run the risk of hiring individuals that are woefully under prepared for the demands of such a complex, high profile, and politically charged position.” 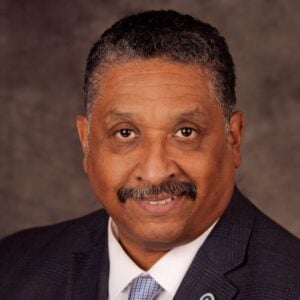 Dr. Carlos N. Medina is a senior consultant and practice lead – diversity and inclusion. He is the former vice chancellor and founding chief diversity officer of the State University of New York (SUNY) System, the largest comprehensive system of higher education in the nation. He has more than 30 years of progressive responsibility in state government and higher education with proven experience in leadership, management and staff development.

“Within the last decade, higher education has experienced its share of student protests and demands reminiscent of the civil rights era of the 1960s,” said Dr. Lemons. “Largely due to a rise in racial incidents and other crisis-related issues, present-day demands on senior leadership have required new levels of transparency, authenticity, and empathy, and the CDO has become one of the principal leaders called upon to help mitigate politically troubled waters.”

Furthermore, as a microcosm of the larger society, higher education in the last 18 months has been impacted by COVID-19 in unprecedented ways that could have never been anticipated, according to Dr. Medina. “One could argue that in this relatively short time span the operational environment of higher education has been uniquely disrupted and as a result changed forever,” he said.

“While largely deleterious in its effect, the remote teaching landscape that was created by the pandemic essentially kept a critical mass of residential students from being on campuses across the country and might have spared higher education from the potential for student activism and campus unrest due to the unjust deaths of George Floyd, Breanna Taylor, and others. Not to mention the lingering tensions derived from various historical social justice issues, current political atmosphere, and economic trepidations,” he added.

A special report by The Chronicle of Higher Education, “Managing Political Tensions: Strategies to Counter Hate, Extremism, and Violence on Campus,” published earlier this year clearly describes the damage that the pandemic has had on higher education while noting that “it largely spared the nation’s sparsely populated campuses from rising political tensions.”

The report, which examines the potential for campus unrest due to escalating political conflict, posits as a caveat that college leaders need to be vigilant about impending counter threats from outside the gates of the campus. Eventually, as the pandemic begins to recede and campuses open back up, the potential for campus climate disruption is ever present.

The report highlights several societal pressures that need to be monitored closely. The following are a sample of those elements given in the report: “political polarization; the 2022 midterm elections; white nationalist and antigovernment extremism and grievance politics on the right; identity politics, hierarchies of victimhood and distrust of the police on the left; a pandemic-jarred economy with growing wealth gaps; and COVID-era disorientation, isolation, and emotional trauma.”

“While it is not the sole responsibility of the CDO to stay abreast of these extremely challenging demands and the potential impact they can have on a campus community, it helps to exemplify the urgency of the times and the ever-growing complexity of the role,” said Dr. Lemons. “Many on campus look to the CDO to play a central administrative role in mitigating crisis before, during, and after due to their specialized knowledge and expertise.”

“The importance of inclusive excellence in higher education cannot be understated, particularly as the work of the chief diversity officer becomes more intersectional due to the evolving demographics and the need to be more welcoming,” said Dr. Medina. In this light, the National Association of Diversity Officers in Higher Education (NADOHE) is considered by many as the preeminent voice for diversity officers in higher education and as such has worked diligently to help lead institutional transformation efforts in the direction of inclusive excellence. NADOHE has moved the needle in this space in significant ways, one of which has been helping to professionalize the chief diversity officer role. In 2020, NADOHE put out the “Standards of Professional Practice for Chief Diversity Officers in Higher Education 2.0.” This seminal work established 16 distinct professional standards, in an endeavor to assist higher education in meeting its commitment to DEI.

“In addition, in our experience, candidates do not want to be viewed as the token leader on campus,” said Dr. Lemons. “In especially speaking with leaders who are the first of their kind, whether the first woman or first person of color for instance, serving in a leadership role on campus, they share stories of feeling the pressures of being the person that everyone turns to with questions or concerns around diversity, equity, and inclusion simply because they are a member from a minoritized group.”

“The campus community and hiring authority must be mindful that the responsibility of one person or a single office alone is not enough to mobilize an entire community around the ever challenging and complex landscape of DEI, that even with the hiring of a chief diversity officer, campus leadership, faculty, staff, students, and other internal and external constituencies must work with this individual to ensure the institution’s strategic goals promote and enhance cultural inclusivity,” said Dr. Medina. “Only then can true transformational change take place.”