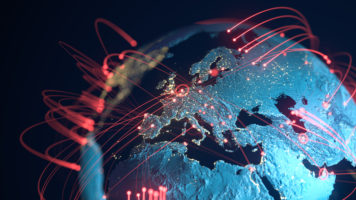 January 20, 2021 – Even in the face of a global pandemic, executive search consultants are seeing an increase in hiring mandates from around the world. To meet demand, they continue to develop new practices, hire new recruiters, and open new locations. Global recruiting consortiums, meanwhile, are taking advantage of a resurgence in certain geographic areas. The ECI Group, a global network of independent executive search firms, has added four new member firms in Morocco, Czech Republic, Spain and France. “We are delighted to strengthen our capabilities with such well-referenced partners and to expand our reach across the globe by adding our first partnership in the fast-growing African continent,” said Marcus Meyer, chairman of the ECI Group. “We are looking forward to a long and fruitful relationship and collaboration.”

In Casablanca, Morocco, Alides Africa joins the ECI Group with Mehdi El Idrissi serving as its managing director. “We are proud and excited to become the wings of ECI Group in North Africa and we are looking forward to a very successful cooperation that benefits our mutual clients,” said Mr. El Idrissi. “In this challenging period, Alides brings ECI Group closer to Africa, an area which is at the heart of tomorrow’s growth.”

Morocco’s economy, governed by supply and demand, is considered relatively liberal. Tourism, which is focused on the country’s coast, culture and history, is one of its most important sectors. The services sector accounts for more than half of GDP, and industry, made up of mining, construction and manufacturing, contributes an additional quarter of the GDP. The top growing industries are tourism, telecoms, information technology and textiles.

In Prague, Czech Republic, the ECI Group added Recruit CZ, which is led by Markéta Šveda, managing director. “We are happy to join ECI Group again,” said Ms. Šveda. “Mainly in these difficult times. We believe that our international clients will appreciate our strong and professional network. We are ready to share our best practices, experience, contacts and help our clients to strengthen their business across the border. Based on our internal rules, we ensure our clients in any country to receive the same level of the top executives search service.”

The Czech Republic possesses a developed, high-income economy. The most stable and prosperous of the post-Communist states, the Czech Republic saw growth of over six percent annually in the three years before the outbreak of the recent global economic crisis. Growth has been led by exports to the European Union, especially Germany, and foreign investment, while domestic demand is reviving. The largest companies of the Czech Republic by revenue are automobile manufacturer Škoda Auto, utility company ČEZ Group, conglomerate Agrofert, energy trading company RWE Supply & Trading CZ and electronics manufacturer Foxconn CZ.

In Madrid, Spain, EuroGalenus joins the ECI Group with Luis Truchado as the firm’s managing director. “We are extremely excited to join a first-class network with such an impressive group of talented professionals,” said Mr. Truchado.

Spain’s capitalist mixed economy is the 14th largest worldwide and the fifth largest in the European Union, as well as the Eurozone’s fourth largest. Spain was the second most visited country in the world, recording 82 million tourists which marked the fifth consecutive year of record-beating numbers. Spanish companies invested in fields like renewable energy commercialization (Iberdrola was the world’s largest renewable energy operator); technology companies like Telefónica, Abengoa, Mondragon Corp., Movistar, Hisdesat and Indra; train manufacturers like CAF and Talgo; global corporations such as the textile company Inditex; petroleum companies like Repsol and Cepsa; and infrastructure, with six of the ten biggest international construction firms specializing in transport being Spanish, such as Ferrovial, Acciona, ACS, OHL and FCC.

In Paris, France, the ECI Group added Aperlead. Xavier Tandonnet as leads the firm as managing director. ‘’Aperlead is very proud to join such a prestigious international network,” said Mr. Tandonnet. “This will give us the opportunity to increase our cross-cultural dimension and mindset, and above all to accompany our clients abroad while building friendly relationships with ECI Group foreign peers.”

The economy of Paris is today based largely on services and commerce. Of the 390,480 enterprises in the city, some 80 percent are engaged in commerce, transportation and diverse services, 6.5 percent in construction and just 3.8 percent in industry.

The ECI Group is a global network comprising independent companies in retained executive search and leadership consulting. Founded in 1969, the organization has 16 offices and a presence in 10 countries.