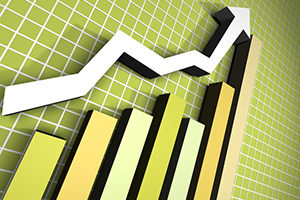 January 17, 2019 – New York-based Sucherman Group has named Simon Pollock as managing director, international, based in London, and Charles Gould as managing director, sports, based in New York. These newly-created roles mark the official launch of the firm’s sports entertainment and international practices and follow closely on the heels of the firm’s expansion to Silicon Valley and Silicon Beach.

The acquisition grows out of a partnership established between the two firms last year when Simon Pollock & Co. and Sucherman Group partnered to help one another serve clients in their respective across-the-pond markets. During that time, the team delivered on a number of mandates, including helping secure a London-based executive for a Los Angeles entertainment company – and at the same time leading a project for a Paris-based company looking for a senior business leader in the U.S.

Mr. Pollock said he greatly admired chairman and founder Stuart F. Sucherman and CEO Erik Sorenson and the organization they have built at Sucherman Group. “In my new leadership role, I hope to extend their unique approach to consulting and search around the world, achieving success not only for our firm, but, most importantly, for our clients,” he said.

Mr. Pollock has more than 30 years of media and entertainment industry experience, having held senior international roles at Disney, Sony and A&E Networks. Before founding Simon Pollock & Co., he was the London-based head of practice, media and entertainment for Heidrick & Struggles, based in London. He also has served on the board of OSN (the leading provider of PayTV in the Middle East) in Dubai.

Mr. Gould will lead the firm’s sports entertainment practice, charged with delivering on the growing demand from this rapidly-changing sector of the entertainment business. Building on Sucherman Group’s expertise with TV, film and digital companies, Mr. Gould and his team will help sports entertainment brands with talent recruitment and organizational design that best positions them to navigate the issues and opportunities presented by new technologies and rapidly shifting consumer behavior.

The Omerta Group Strengthens U.S. Operations with Acquisition
London-headquartered search firm The Omerta Group has expanded its operations in the U.S. with the acquisition of New York-based firm Gollin Associates, which is led by Deborah Gollin. Ms. Gollin will serve as co-head of the search outfit’s U.S. practice alongside Michael Stover, who joined the firm this summer.

Each of the leaders has more than 20 years of experience across global talent acquisition and executive search. “We’ve had a unique opportunity to establish an experienced U.S.-based team with a long, exceptional track record in both executive search and senior corporate recruitment, presenting an opportunity to thoughtfully partner with long standing, trusted, personal relationships based in the U.S.,” said Mr. Stover. “This has allowed us, in turn, to better partner with our teams in London and Asia to expand our reach into various global relationships.”

“Like the media and entertainment industry, the sports business is being disrupted by technology advancements and cultural changes,” said Mr. Gould. “Stuart and Erik have an incredible track record of success helping companies navigate the dynamics that are redefining these industries. I’m proud to be joining to lead this burgeoning practice and build on that legacy of relentless client service.”

“For more than 30 years, Sucherman Group has helped companies make the right moves with the right strategy, the right organizational structure and the right executives,” said Mr. Sorenson. “With Simon and Charles on our team, we are now positioned to fully extend that top notch advice and service to the sports industry and companies around the world.”

“We have great confidence that Simon and Charles will serve our global and sports industry clients with the same qualities of integrity, honesty and discretion that have defined our success for the past three decades,” said Mr. Sucherman.

Adding to its roster of long-standing clients such as Disney, NBCUniversal and WarnerMedia, the firm recently completed projects for companies including Netflix, Amazon and Google.