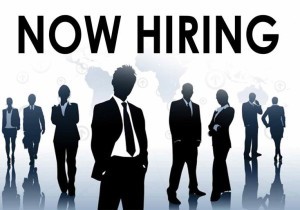 September 24, 2015 – The Conference Board’s U.S. employment trends index rose last month to the mark of 128.92, up 4.5 percent from the same month a year ago. The increase was driven by four positive contributors: percentage of respondents who say they find ‘jobs hard to get,’ percentage of companies with positions not able to fill right now, number of temporary employees, and industrial production.

“The large increase in the employment trends index suggests that a significant moderation in employment growth is unlikely to occur in the coming months,” said Gad Levanon, managing director of macroeconomic and labor market research at The Conference Board. “With solid job growth expected to continue, the unemployment rate is likely to go below five percent by year’s end.”

“Labor demand remained little changed in August, maintaining a basic flat trend over the past six months,” said Mr. Levanon. “The recent flat trend is not particularly troublesome given the continuing high monthly levels of employer demand in the labor market.”

These findings mirror other recent reports about the job market. According to the latest Manpower Employment Outlook Survey, U.S. employers are predicting the strongest fourth quarter hiring blitz since the final quarter of 2007. More than 11,000 U.S. employers were surveyed, and one fifth, or 21 percent, said they anticipate increasing staff levels in the fourth quarter. A Bloomberg BNA survey on hiring projections and job security trends also found that employment trends are pointing to an expanding workforce.

A separate report released by The Conference Board, ‘Job Satisfaction: 2015 Edition,’ found job satisfaction among American workers rose slightly for the fourth consecutive year, buoyed by a rapidly tightening labor market. That metric now stands at the highest level since 2008. Nevertheless, satisfaction remains stubbornly low in historical terms, with the majority of employees still not satisfied at work.

The report found 48.3 percent of Americans are satisfied with their jobs, up from 47.7 percent in 2013 and an all-time low of 42.6 percent in 2010. As unemployment plummeted over recent years, from 9.1 percent in April 2011 to 5.1 percent in August 2015, job satisfaction has risen in kind, reflecting heightened competition for talent and the perception of expanded opportunities for turnover and advancement.

“The past year has seen a definitive shift to a ‘seller’s market’ in talent as the effects of an aging, slow-growing labor force begin to take hold,” said Rebecca Ray, EVP, knowledge organization and human capital, at The Conference Board and a co-author of the report.

“For workers, this has meant higher satisfaction in the form of increased job security and improved career-development prospects. But recovery from the Great Recession remains incomplete for many groups across the demographic spectrum. Looking ahead, more substantial gains in job satisfaction — to levels closer to those of the 1980s and 1990s — will depend on a sustained resurgence in wage growth and continued competitive pressures on employers.”