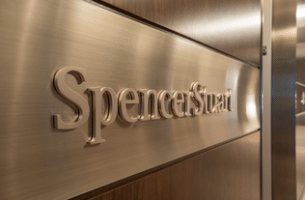 September 8, 2015 – Spencer Stuart has placed Brian W. Casey as the 17th president of Colgate University. Mr. Casey currently serves as the president of DePauw University. He will take office on July 1, 2016.

Former president Jeffrey Herbst announced that he would conclude his tenure at Colgate at the end of June 2015. In the meantime, Colgate is being led by interim president Jill Harsin, for the 2015 – 2016 academic year. Prior to his appointment at DePauw in 2008, Mr. Casey served as associate dean for academic affairs in the faculty of arts and sciences at Harvard University, leading faculty recruitment and development, as well as strategic academic planning. Previously, as assistant provost at Brown University, he spearheaded a multidisciplinary approach to the study of commerce and entrepreneurship.

“The search process, with the great assistance of our colleagues at Spencer Stuart who facilitated thoughtful campus and alumni conversations, yielded an incredibly deep and talented pool of candidates,” said search chair Michael Herling. “It was clear to all of us that Brian rose to the top in every way, which made our decision a very easy one. Brian embodies all the characteristics and competencies that we hoped to find in the ideal candidate. In addition, we believe that his fit with Colgate and his understanding of Colgate’s distinctive strengths is truly compelling.”

Colgate University is a private, liberal arts, undergraduate institution with 2900 students pursuing 54 majors at its residential campus in Hamilton Village, New York. In its 2015 edition, U.S. News and World Report ranked Colgate as the 22nd best liberal arts college in the country.