Stay Connected:
Stony Brook University president Samuel Stanley Jr. is the unanimous choice to lead MSU out from under the cloud of the Larry Nassar sex abuse scandal. Dr. Stanley will step into his new role this summer. Here’s the latest. 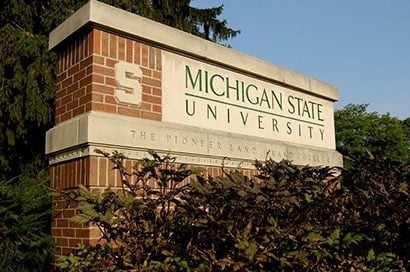 May 29, 2019 – In the wake of the sex abuse scandal involving sports doctor Larry Nassar, which forced the president of Michigan State University (MSU) to step down, the school faced the challenge of finding a new leader. In September, it called in Storbeck/Pimentel & Associates to lead the search for its 21st president.

Storbeck/Pimentel faced the challenge of attracting a candidate to an institution that has been shaken by Dr. Nassar, who sexually abused more than 250 women and girls under the guise of medical treatment.

This was the first time in 25 years that MSU conducted a nationwide search for a new leader. Ms. Simon, who became president in 2005, had a long history with the university and was selected without a national search. “The experience of a highly reputable firm such as Storbeck/Pimentel & Associates is invaluable to a university like MSU,” said university trustee and presidential search committee co-chair Dianne Byrum. “Their proven ability to identify and recruit candidates from diverse backgrounds is particularly helpful for organizations seeking change.”

As part of a national search, the committee solicited input through 22 campus-wide gatherings and an online submission form in which community members shared their ideas about the characteristics they wanted for Michigan State’s next leader. The committee used those comments as the basis for the presidential prospectus and the criteria by which the committee evaluated each candidate.

“By a unanimous vote, the MSU board of trustees has elected Dr. Samuel Stanley as Michigan State’s 21st president,” said Dianne Byrum, chairwoman, MSU board of trustees. “Dr. Stanley is an empowering, compassionate and thoughtful leader, who will work tirelessly alongside our students, faculty, staff, alumni, trustees and broader Spartan community to meet the challenges we face together and build our future.”

Dr. Stanley, who begins his new role on Aug. 1, has been president of Stony Brook University, part of the State University of New York (SUNY) system, since 2009 and has nearly 15 years of higher education leadership experience.

After earning his medical degree from Harvard Medical School, Dr. Stanley completed his resident-physician training at Massachusetts General Hospital. He then went to Washington University in St. Louis for a fellowship in infectious diseases, eventually becoming a professor in the departments of medicine and molecular microbiology and one of the nation’s highest recipients of NIH funding. He was appointed vice chancellor for research at Washington University in 2006, serving in that position until he was named president at Stony Brook.

In addition to his extensive background in science and research, Dr. Stanley championed student achievement, access to higher education and advocating for more state and national funding for financial aid at Stony Brook. He also has been an international advocate for gender equity and ending sexual violence.

“Dr. Samuel Stanley is an outstanding physician and an accomplished leader in higher education,” said Robert Jones, chancellor at the University of Illinois. “He is deeply committed to access and equity, and he has leveraged the premier Educational Opportunity Program to provide thousands of qualified students the chance to pursue their educational goals. It was a pleasure working with him during my four years in the SUNY system, and I look forward to collaborating again as he joins Michigan State University and the Big Ten.”

“Dr. Stanley’s entire career, as both a researcher and leader, embodies a commitment to all aspects of academic excellence and demonstrates his assurance that students are at the center of his mission,” said Melanie Foster, MSU trustee and co-chair of the search committee. “We set out to find a proven leader with the energy, integrity and compassion needed to lead our university, and we found it.”

“The board of trustees would like to express gratitude to the members of the presidential search committee who dedicated their valuable time, immense knowledge and thoughtful perspective,” said Ms. Byrum. “The committee members took the time to capture their thoughts on the process and the selection of Dr. Stanley, and we will be sharing that feedback on the presidential search website. We also want to thank the Spartan community who took time to share their thoughts at the many input sessions held across campus and through the online forum.”

Storbeck/Pimentel has a strong history of recruiting top leadership in higher education. The firm has placed presidents at the University of Arizona, Swarthmore College, Pomona College, Carnegie Mellon University, University of Wyoming and the University of Wisconsin-Madison, among many others. Minority and female owned, the firm has more than 25 consultants and support staff in two main offices in Los Angeles and Philadelphia, with affiliated offices in Vermont, Virginia and Florida.

Ms. Storbeck co-founded Storbeck/Pimentel in 2007 and is managing partner of the East Coast practice. She has one of the most widely recognized names in higher education search, having recruited senior leaders for some of America’s most prestigious colleges and universities. Most recently, she conducted president searches for the University of Pittsburgh, University of Wisconsin, Bates, Denison, Haverford and Swarthmore colleges. Over her career, she has conducted more than 500 searches for public and private universities, colleges and schools, and non-profit associations and organizations.

With more than 25 years of recruiting and search experience, Dr. Fitch brings to every client relationship sound judgment, credibility and a focus on partnership with institutional leaders and search committees.

Ms. VanGilder has more than 20 years of executive search experience. She has identified and recruited leaders for a wide variety of institutions in the education and non-profit sectors, in the U.S. and abroad.

Check Out These Related Articles On Searches For Universities: