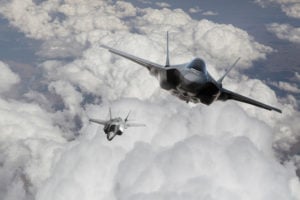 March 12, 2020 – Baltimore, MD-headquartered Stanton Chase has continued its recent expansion with the addition of Fadi Sbaiti as partner and leader for the firm’s aerospace and defense team in Dubai.

“Fadi brings with him a strong military background and long expertise in aerospace, defense, security and data management sectors, which will support the rise in demand of these competencies in leadership positions for the region,” said Wassim Karkabi, managing partner of Stanton Chase Middle East and Greater China. “We are very thrilled to have him on board.”

Mr. Sbaiti has more than 20 years of executive and managerial experience and has worked for global and local organizations across the Middle East, the U.S. and Europe. His expertise in security and data management within the industrial and technology industries has allowed him to develop strong relationships with public and private entities across the GCC.

“In every position taken, Fadi assessed his executive team members and, where required, sourced new talents to achieve his strategic goals,” Stanton Chase said. “Additionally, Fadi developed and led an organizational restructuring of a billion-dollar company with over 8,000 employees to enhance its productivity.” Prior to joining the management ranks of the business, Mr. Sbaiti had more than 10 years of military service as a naval officer.

“I am eager to join Stanton Chase and to lead aerospace and defense for the Dubai team,” said Mr. Sbaiti. “I look forward to supporting the growth of these industries with their strategic leadership plans.”

With offices in major cities around the world, Stanton Chase offers clients a global perspective while understanding local cultures and the challenges of moving products by sea, air, rail and trucking.

Stanton Chase added former film director Shayne Lightner to its Los Angeles office as a director, with a focus on entertainment, media and digital. As director/producer, Mr. Lightner most recently wrote, directed and produced a detective comedy feature. Previously, he wrote and directed a pilot, three documentaries, and various shorts and corporate videos. Mr. Lightner has also been a managing director of global entertainment, media and technology practices for Korn Ferry International and Russell Reynolds Associates.

Stanton Chase has named Julien Abou Khalil as partner and leader of the financial services practice covering the Middle East region. He is based out of Riyadh, Saudi Arabia, where he supports organizations in the Middle East with the recruitment of top financial executives, leadership growth management, and organizational culture.

Stanton Chase named Natalie Sleiman as partner and leader of the technology practice in the Middle East region. Ms. Sleiman is based out of Stanton Chase’s Dubai office, where she supports organizations in the recruitment of top technology leadership — both within the technology industry as well as across the many other industries facing significant challenges…

Stanton Chase opened a new office in Raleigh, NC. Kathleen Lehman Hajek, who joined the firm last year, was named managing director of the new office. In addition to serving companies in the Raleigh/Durham and greater Research Triangle Park area, Stanton Chase has a strong presence in Charlotte, NC.