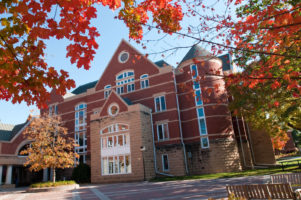 September 25, 2019 – Spencer Stuart has been selected to find a new president for Macalester College in St. Paul, MN. Brian Rosenberg, who has led the 145-year-old liberal arts school since 2003, will be stepping down next May.

Spencer Stuart has the search narrowed down to between 12 to 24 candidates, according to the Macalester student newspaper, the Mac Weekly, and is expected to submit a final candidate or candidates by the end of the year.

Macalester College wants a leader with an unwavering commitment to the liberal arts and to the values that define the institution’s mission and culture: academic excellence, service to society, multiculturalism and internationalism, said Spencer Stuart.

As the academic and administrative leader of the campus, the president will be expected to believe in the intrinsic value of a liberal arts education, personify intellectual curiosity, and appreciate and support the community members’ ambitions to be positive forces of change in the world, said the search firm. The president will work in close collaboration with the board and Macalester’s constituencies to set and manage the college’s strategy in a manner that reflects mission, its commitment to shared governance and its ambitions for the future.

A Time of Transition

The president will lead the college at a time of transition in higher education and will be adept at embracing and leading through change, guiding complex and charged discussions, and making difficult decisions, said Spencer Stuart. The president will be expected to inspire the school’s students, faculty and staff, who come from diverse backgrounds and bring differing perspectives, insights and needs to the institution. As pedagogy and technology continue to evolve, bringing fundamental changes in the way that students, faculty and staff engage to create a positive learning experience, the president will be changed with fostering an environment that encourages discussion, reflection and debate.

Finally, the president will have the financial skills to oversee the further strengthening of the college’s financial model, including factors such as tuition levels, discount rates, endowment performance and levels of alumni giving. The president will be expected to embrace the role of fundraiser and be adept at ambitiously growing and managing the complex network of relationships that enable the college to raise funds from a wide variety of potential donors including, but not limited to, alumni, parents and foundations.

The next president of Macalester College should be a bold, optimistic leader with  a successful career arc and  a track record of:  deep appreciation for the liberal arts, the teacher-scholar tradition and the student experience, with scholarly achievement and intellectual engagement that aligns with the college’s mission, said Spencer Stuart.

Candidates must have strong financial and operational acumen, with the ability to manage and allocate resources in support of an institution’s values and strategic goals. They should also have the ability to foster a diverse and engaged community, based on the values of equity and inclusion.

Prospects must be communicative, collaborative and have transparent organizational leadership skills including the ability to recruit, retain and develop strong, complementary leaders. They should also have an understanding of, and support for, shared governance. An ability to connect with a diverse network of constituencies— faculty, staff, students, alumni, trustees, parents, foundations— through inspiring communication and storytelling skills is essential.

Macalester College, founded in 1874, has an enrollment of 2,174 students, who come from every state and 97 countries. The college’s curriculum offers 39 majors and more than 800 courses annually. Its annual operating budget of $112.6 million (2018-19) is funded by a mix of tuition and student fees (60 percent), and endowment draw/fundraising (40 percent). The school is in the final year of a $100 million campaign, in which it is expected to hit the dollar goal more than a year in advance of projections. Macalester’s endowment is $763 million.