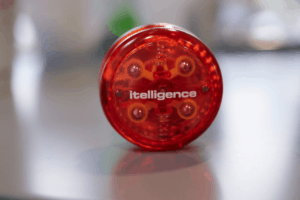 July 10, 2019 – Anyone with ties to the human resources function knows how much it has evolved in recent years – and with it the role of the chief human resources officer. The biggest shift has been in the CHRO’s progression from fighting for a seat at the table to playing a key role on the executive team. According to executive recruiters who place some of the best talent in the field, a great CHRO can be among the most vital strategic human assets a company can have, closely partnering with the CEO and CFO.

Steve Niesman, CEO of itelligence North America, retained the services of Search Solution Executive to locate a CHRO with a very specific background, set of skills and the personality type to lead company culture and change management. “We selected Search Solution Executive based on their reputation for finding great candidates and their national reach within the field of HR,” he said.

“Our customized executive search process has led to another incredible partnership with a global, billion-dollar company,” said Mr. Gnozzo. “The retained search for itelligence’s CHRO was by far one of our most successful due to the immense level of communication and trust between Steve Niesman and our executive search team. Our ability to headhunt Scott Conklin through a comprehensive search and vetting process further solidifies our dominance in the HR executive search market.”

In constant communication with Mr. Niesman, the team canvassed the entire U.S. marketplace and developed a short list of candidates who fit the extremely specific needs of the position. After a rigorous vetting process followed by multiple interviews and supportive psychometric testing, all resources pointed to Mr. Conklin as the ideal candidate.

“When I was first contacted by Search Solution Executive, I could tell they were extremely knowledgeable about the position and HR as a whole,” said Mr. Conklin. “The lengthy process allowed me to really evaluate the opportunity and what itelligence could offer me and my family.”

Mr. Conklin brings extensive leadership experience in the field of HR and was named Human Resource Executive Magazine’s HR Rising Star in 2017.  Previously, he served as vice president of HR for a SaaS based HCM technology company, Paycor. Before that, he served in various HR roles with the Coca-Cola Company and Convergys.

“Getting to know Steve and the company is what ultimately solidified my decision,” said Mr. Conklin. “I was impressed by everyone that I spoke with at itelligence and admire their company culture. It is a family environment that works hard and pushes top performance from employees. With SAP growing tremendously, I’m eager to cultivate a learning environment for our employees and expand our workforce.” 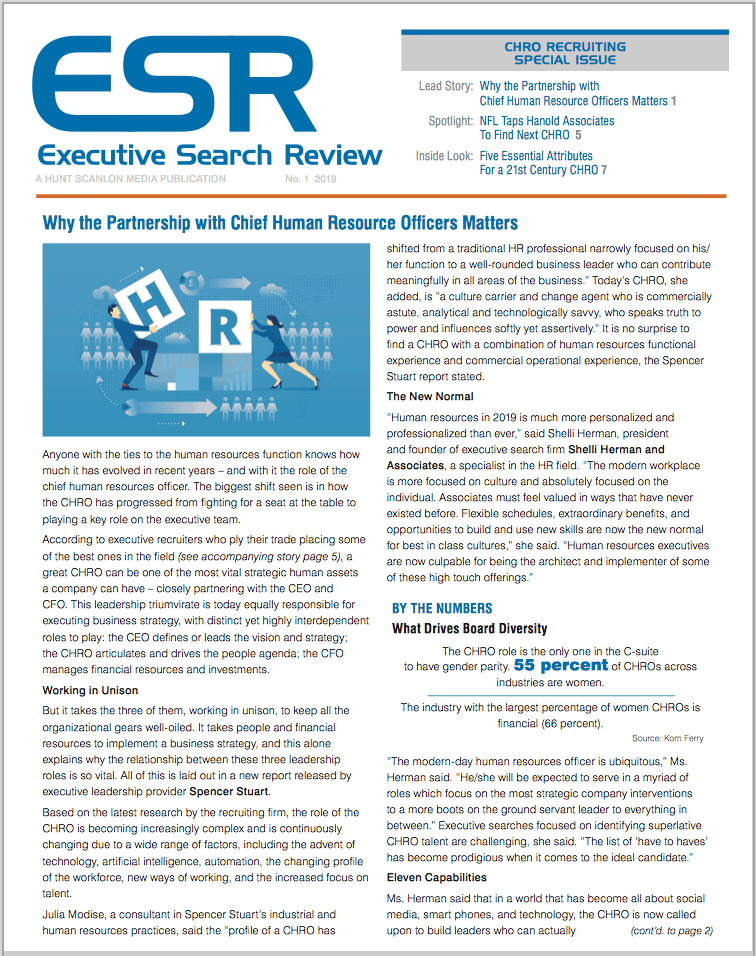 Why the Partnership with Chief Human Resource Officers Matters

Anyone with the ties to the human resources function knows how much it has evolved in recent years – and with it the role of the chief human resources officer. The biggest shift seen is in how the CHRO has progressed from fighting for a seat at the table to playing a key role on the executive team. According to executive recruiters who ply their trade placing some of the best ones in the field, a great CHRO can be one of the most vital strategic human assets a company can have – closely partnering with the CEO and CFO.

In addition, following a record-breaking year of recruiting top HR leadership into some of the best well-known brands across industry, Hanold Associates has just been tapped by the National Football League to lead its search for a new chief human resources officer (CHRO). Jason Hanold, CEO and managing partner of the Chicago-based recruiting outfit that bears his name, is leading the assignment which kicked off just days before Super Bowl LIII. Here’s some further reading from Hunt Scanlon Media.

“The team at Search Solution Executive was extremely collaborative, timely and communicative,” said Mr. Niesman. “Their national search efforts combined with the comprehensive psychometric testing of the final candidates allowed us to confidently choose the absolute best candidate. Scott fits great culturally and has the experience to drive our HR department to new heights. I couldn’t be more pleased with the results of Search Solution Executive’s process.”

itelligence is an SAP Platinum Partner with 30 years of experience and over 50 offices around the world. The group’s North American division has nearly 2,000 employees and brings in nearly $200 million in annual revenue.

Search Solution Executive focuses on recruiting mid- to senior-level executives in accounting and finance, engineering, manufacturing, human resources, operations and legal on a local and national level. Mr. Gnozzo founded the firm in 2002 in Buffalo, NY. His expertise was originally in the accounting, finance, HR and sales industries. For more than 10 years, he worked on retained searches across the U.S. with Fortune 1000 companies, as well as medium and large public and private companies.