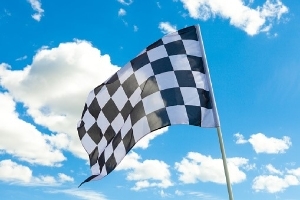 “The RTA has matured to a point where its board and members determined it was time to have a full-time executive who wakes up every day thinking of how to move the collective interests of the RTA member teams forward,” said Robert Kauffman, co-owner of Chip Ganassi Racing and RTA chairman. “During the process of finding our new executive director, we were fortunate to have met with a number of highly qualified and talented individuals which made our decision that much more difficult. Ultimately, we selected a candidate who had a range of experience across sports, intellectual property and media rights, operations and sponsorship.”

Mr. Marshall said he was excited by the opportunity that his new role affords. “I’m a race fan, first and foremost, and I’ve been impressed by what the RTA has been able to accomplish in its short history,” he said. “It shows the strength of the teams working together on common goals. There is no doubt that stock car racing, like all major sports, is evolving and working on new ways to engage their fans in deep and meaningful ways. I am beyond thrilled to have been selected as the RTA’s Executive Director and am looking forward to working with all of the member teams and other industry stakeholders to advance the sport of stock car auto racing.”

The non-profit RTA, which is based in Huntersville, NC, is made up of racing teams that compete in stock car racing’s premier series, the Monster Energy NASCAR Cup Series. Through the organization, its members can collectively preserve, promote and grow the sport of stock car racing and thereby advance the long-term interests of the racing teams.

RSR Partners was recently named by Hunt Scanlon Media as one of the Top 40 executive search firms serving the needs of sports, media and entertainment businesses.

Mr. Berghoff is head of RSR Partners’ sports leadership practice and a member of the firm’s hospitality and leisure practice, where he helps recruit senior leaders across functions, including marketing, sales, operators, information technology and finance, within the global sport ecosystem and beyond. In his time with RSR, he has served as a strategic talent advisor for professional and amateur/collegiate sports properties, intellectual property content owners, facilities, brands, hospitality/guest experience firms, and diversified sports and entertainment businesses.

Prior to joining RSR Partners, Mr. Berghoff was vice president of sponsorships and partnerships at the Paley Center for Media. There, he led a team focused upon generating commercial revenues emanating from traditional sponsorship rights, in addition to monetizing an original content library. He has also been vice president of business development for 21 Marketing, a sports sponsorship sales and consulting agency.

RSR Partners recently placed Christopher Liedel, a former head of a Smithsonian Institution division, as CEO of the new United States Olympic Museum and Hall of Fame in Colorado Springs, CO. Mr. Liedel served for nearly six years as president of Smithsonian Enterprises, the revenue-producing arm of the Smithsonian Institution. Before that, he was with National Geographic for 16 years, becoming the executive vice president and chief financial officer.

The $75 million U.S. Olympic Museum is set to open in 2019, blocks from the U.S. Olympic Committee headquarters and a short drive from the Olympic Training Center.

RSR Partners has worked with U.S. Olympic organizations in the past and recently began a search for a new CEO for USA Rugby. Based in Lafayette, CO, USA Rugby is the national governing organization for rugby in America and a full-sport member of the United States Olympic Committee and World Rugby. Dan Payne, the rugby group’s current leader, recently announced that he will be stepping down in July, after the Rugby World Cup Sevens in San Francisco. Two years ago, Korn Ferry conducted the search that resulted in the hiring of Mr. Payne.