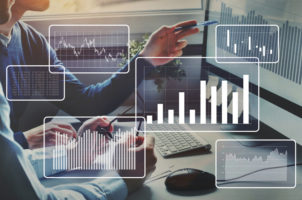 “We ended 2019 with continued strength in the U.S. job market and solid demand for our professional staffing and consulting services,” said M. Keith Waddell, CEO of Robert Half. “We are particularly pleased with how Protiviti performed during the quarter. Our Robert Half Technology and Robert Half Management Resources divisions also turned in solid results, largely due to ongoing talent shortages in the professional disciplines they serve. Return on invested capital for the company was 40 percent in the fourth quarter.”

In November, Robert Half appointed Mr. Waddell as its new CEO. He succeeded Harold M. Messmer Jr., who held the position for 33 years. Mr. Messmer, one of the longest serving recruitment chief executives, will continue as executive chairman.

“Robert Half is fortunate to have great management continuity among our top executives and the experienced leaders of our field operations worldwide, who together average more than 20 years with the company,” said Mr. Messmer. “When I assume my new role as executive chairman next month, I look forward to supporting this outstanding team in the future as it continues to grow the Robert Half business.”

Moving forward, Mr. Messmer will devote significant time to board matters as well as growth plans, business strategy and the professional development of the company’s employees throughout the organization.

“We are extraordinarily fortunate that Mr. Messmer will continue as executive chairman and will remain involved in areas that are most important to Robert Half’s continued growth,” said Frederick A. Richman, the company’s lead outside director. “We are equally fortunate that Mr. Waddell will serve as CEO and that we have the benefit of an outstanding team of other executives, most of whom have at least two decades of experience with the company.”

The Menlo Park, CA-based recruiting company’s Protiviti division also recently launched a cyber-risk quantification as a service offering in alliance with RiskLens, a provider of quantitative cyber risk management software. Through quantitative risk analysis using hard data, the offering enables CIOs and CISOs to answer their board of directors’ questions about the effectiveness of their cybersecurity program with confidence, make better decisions about budgets and technology investments, and assist in meeting regulatory requirements.

“Protiviti’s Cyber Risk Quantification service, powered by the RiskLens Platform, delivers a continual, data-driven assessment of an organization’s current state of cyber risk,” said Andy Retrum, a Protiviti managing director. “Armed with this data, cybersecurity teams are able to better manage risks in business terms, determine if they are investing their cybersecurity budgets in the right areas and if they have sufficient cyber insurance, evaluate ROI and provide meaningful insights to senior leadership and the board.”