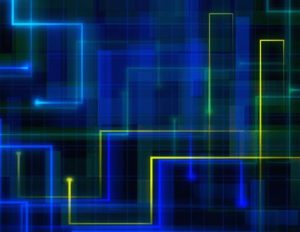 November 30, 2016 – Executive search firm Riviera Partners has expanded its search staff with the addition of Jason Hann as its newest director. A recruiting industry veteran, Mr. Hann most recently served as chief executive officer of VonChurch, a global recruiting firm specializing in the digital entertainment industry. Prior to that, he held senior positions at Panoramic Solutions (now Genuent) and K2 Partnering Solutions. He was also the founder of Premier Tech Partners.

“Jason has been in this business for more than 20 years and his network and approach to hiring are keenly aligned with the Riviera model,” said Will Hunsinger, Riviera’s chief operating officer. “In addition to his many years of recruiting experience at the highest level, he also brings the unique perspective of having been a startup founder, insight that is particularly valuable to the Riviera client.”

“My hiring philosophy is simple: identify the right combination of qualified, motivated and talented people, and give them the tools and inspiration they need to achieve a common goal,” said Mr. Hann. “Riviera’s data-driven approach to this matching process, combined with the personal touch they apply to every client and candidate interaction, is something I believe strongly is the way of the future for the hiring industry.”

Taking a Platform to a New Level

In August, Riviera Partners added Mr. Hunsinger as its COO. He was previously digital practice director for private equity fund TPG Growth, the growth platform of TPG Capital. Prior to TPG, he was chairman, CEO and co-founder of SportsStream (acquired by Facebook), served as CEO and president of Vulcan Ventures-backed Evri and also served as entrepreneur in residence for the Seattle-based, consumer-focused venture capital firm, Maveron.

“Will’s vision for how technology will change recruiting matches ours, and his proven accomplishments for growing companies is exactly what Riviera needs as we look to take our talent platform to the next level,” said Ali Behnam, managing partner at Riviera.