Menu
View our Events
Stay Connected:
Design an identity around your recruitment website, not the other way around, says Jack Saxton of Tempting Talent. Building a brand revolves around telling a story about your business. Start on the candidate journey, he suggests, and maybe even storyboard it. This narrative will ultimately help boost referrals. In the end, incentives might even be unnecessary. 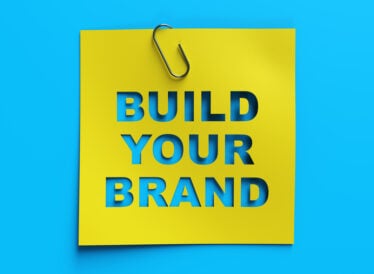 April 21, 2022 – When you’re growing your recruitment brand, referral programs are a great idea. Good people know good people, an untapped network of ideal candidates. But they are rarely a romping success, according to Tempting Talent’s Jack Saxton. “At least not in the way they are in other industries,” he said. “Dropbox is the most famous example; referrals count for over a third of their paid customers. Referral programs signal how well your brand is developing. I learned this the hard way.”

​“I built one for a new business,” Mr. Saxton said. “It was digital, optimized, anonymous, and looked great. It failed. We gave away less than five percent of a sizeable incentive budget in two months. I couldn’t give away free cash. I felt I was terrible at my job.” There are lots of things we can learn from the likes of Dropbox. But Mr. Saxton discovered some easy wins here that made for better programs in the future. It comes down how we think candidates consume your brand.

“Creating a shiny new website is exciting. There’s a session where someone asks you what websites you like,” said Mr. Saxton. “You indulge in fonts, color theory, and feature set. It comes out looking beautiful, with your referral program taking center stage. Your site is well managed and your traffic is increasing. But your referrals aren’t. Why? You look and sound great!”

Mr. Saxton notes that in reality, candidates feel it’s all a bit transactional when they visit you, a bit hollow. “They feel this way because you built a website instead of a brand,” he said. “The building blocks of a recruitment brand needn’t be laborious. It’s really just storytelling around your business. A great place to start with this is storyboarding your candidate journey. Put yourself in your candidate’s shoes – go through your process to see how it comes across. Change the touchpoints you’re not a fan of. Repeat.”

When done, design an identity around it – not the other way around. “This narrative is your brand and it’s a natural way to increase referrals,” Mr. Saxton. “You might not even need incentives after this. I’ll post more about this in the future.”

In recruitment or just plain old economics, we think that everyone is out to make the most optimal decision possible. And when logic like this doesn’t stack up, we blame the candidate according to Mr. Saxton. “Why don’t they take this better job, pay rise, or chunk of referral money?” you might find yourself asking. “They must be mad.”

​“But here’s the point: People aren’t trying to make the best decisions – they are avoiding making terrible ones,” Mr. Saxton said. “This is why your big incentive isn’t pulling in loads of leads. At least not on its own. It affects how people interact with your referral campaign and brand. ​Once we understand that we’re all trying to avoid terribleness rather than achieve perfection, the reasons why no one adopts your program make sense. In fact, they’re pretty rational. This is where building your recruitment brand becomes powerful.”

How your network perceives you is a valuable thing, according to Mr. Saxton. “You’re probably pretty happy with your peer group and how you interact within it,” he said. “You’ve always done it this way; it’s always been ok.” Many people balk when they are asked, “Would you like £1,000 to refer your colleague?” They think, ‘No, that sounds dangerous.” Mr. Saxton says this is perfectly rational. “And it’s a really reliable way of making sure nothing horrible happens,” he said. “A stand-alone incentive that disrupts the status quo needs to be very, very sizeable. It’s cheaper to remove the perceived danger and build trust instead.”

Invest in Your Reputation

Mr. Saxton says put your name on the line. “By offering a reputational risk, it is much more costly to you to offer a bad referral program,” he said. “People innately trust this. After all, they’re risking their reputation by endorsing you to friends – you should be doing the same. So tag your name, show your face. A selfie video about your referral program is perfect for this. Make sure to thoroughly detail the steps of your program. Don’t let their imagination fill in details. A ‘free iPad for referrals’ or ‘contact for more details’ banner won’t do you any favors here. ​Encourage reviews of your business and program. Google reviews are free, reputable, and difficult to falsify.”

“For the same reason you wouldn’t advertise an exhaustive list of vacancies (or worse) an exceptionally broad one, it’s best not to overwhelm people with choice,” said Mr. Saxton. “​Ask for referrals one role at a time. It makes it easier to think of a good fit and adds a higher value to them because of their perceived rarity.”

“We know the power of reframing things in recruitment,” said Mr. Saxton. “We do it daily. Could we reframe referral programs all together?”

​“We’re launching our first Developer Awards. Who’s the greatest you’ve ever worked with? Nominate them here and let us know why. £1,000 prize to share for the winner of each category. Show someone you appreciate them!”

​“What we have here is exactly the same thing, the same activity, but one of them makes you feel terrible and the other one makes you feel great,” said Mr. Saxton. “The outcome is the same too – introductions to brilliant talent. Changing what you call them effects how you react to them. Adding value in this way shouldn’t be underestimated.”

Tempting Talent, founded in 2017, was created to support Tempting Ventures’ mission to help establish specialist recruitment entrepreneurs in new and exciting markets. Since then, Tempting Talent has grown to become a leading recruitment-to-recruitment business in the U.S., working with recruitment companies from the U.K. and U.S. to expand. “Our mission is to empower people to reach their potential through careers in recruitment,” said the firm. “We aim to do this through access to the right information, opportunities and people that maximize the chances of professional success, and by helping people find purpose and meaning in work to lead as fulfilled and happy lives as possible.”

Related: Why Total Well-Being is the Biggest Culture Shift to Happen in Decades